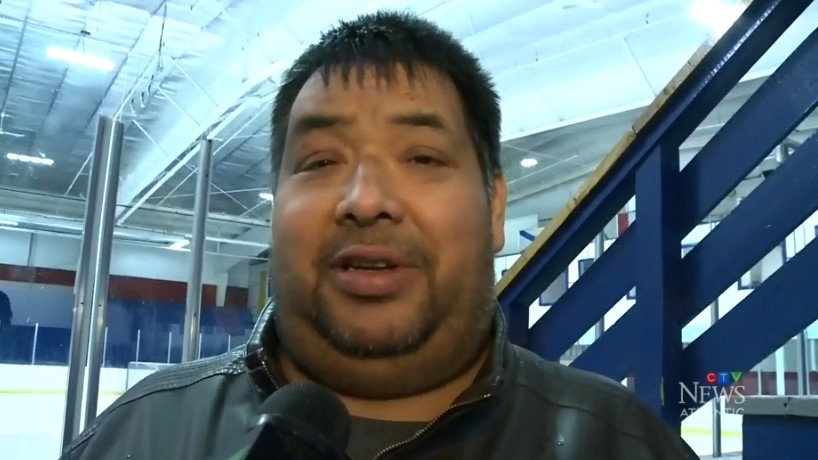 WAYCOBAH, N.S. -- An investigation into allegations an Indigenous hockey player faced racist taunts during a recent game in Cape Breton concluded the verbal abuse did occur but that it was not based on race.

The player's father, however, rejected the report's findings on Friday, saying Hockey Nova Scotia shouldn't be telling his teenaged son how he should feel about what happened on the ice.

Phillip Prosper says his 16-year-old son, Logan, was playing in a game in Cheticamp, N.S., last December, when his son heard a member of the rival team say: "All natives look like turds."

Prosper said the hockey association's risk management committee determined a player had indeed said those words -- but concluded the remark was not racist.

"It's 100 per cent racial," said Prosper, whose family is from the Waycobah First Nation in Cape Breton.

"My son Logan thought it was racial that day. That's what made him upset. He still thinks it's racial now, and so do I ... Hockey Nova Scotia's investigator told us that everything that Logan said (he heard) was said to him -- but it wasn't racial."

Hockey Nova Scotia's risk management committee did not make its report public. It is unclear how the committee decided the comment was not based on race.

Prosper said he didn't receive a copy of the report, either. Instead, the lead investigator presented the findings to him verbally during a meeting last Thursday at the community hall in Waycobah.

Amy Walsh, Hockey Nova Scotia's executive director, said she couldn't comment on the report because it involves a minor.

Walsh said her volunteer organization, which oversees 17,000 players, has assembled an anti-discrimination task force that includes a human rights lawyer and representatives from the Indigenous, African Nova Scotian and LGBTQ communities.

"We're encouraging anyone who is on the receiving end of discrimination to come forward," she said, adding that the number of disclosures is on the rise. "Individuals are being courageous and coming forward."

Hockey Nova Scotia issued a memo earlier this week telling players, parents and coaches there has been "an upward trend in reports of verbal abuse on and off the ice at our rinks in Nova Scotia."

"I don't know how much more (Logan) wants to fight it," he said. "A lot of people want us to continue it because so much positive was coming out of it."

After the incident became public, Logan received an outpouring of support from peers and professionals, including a pep talk from former NHL forward Akim Aliu.

Aliu recently accused former coach Bill Peters of using racial slurs against him during the 2009-10 season of the American Hockey League. Peters has since resigned as head coach of the Calgary Flames.

Minor hockey players from across Canada have expressed their support for Logan by wrapping red tape on the blades of their sticks.

Earlier this week, the hockey association representing the team that faced the original allegations issued a statement saying it was relieved by the findings.

The Northside District Minor Hockey Association said it believes the report "has created an opportunity to reinforce the importance of respect in sport among our association, players, and supporters."

"Our association strives to provide a safe and supportive place for all hockey players to flourish, not only as athletes but as people."