HALIFAX -- Four more residents have died from COVID-19 at the Northwood long-term care home in Halifax, bringing the total number of virus-related deaths at the facility to 49.

Fifty-five people have now died from COVID-19 in Nova Scotia.

“This is by far the most difficult part of the conversations that we have with Nova Scotians,” said Premier Stephen McNeil at a news conference in Halifax Friday afternoon.

“We feel each and every one of these deaths deeply and it is important that you know that these are not numbers to us.”

Northwood has seen the most significant outbreak of the virus in Nova Scotia, with the facility reporting a total of 332 confirmed cases among residents and staff members since the start of the pandemic.

The province has been reporting new COVID-19 cases in the single digits since May 5.

“For the last week we have seen low case numbers,” said Chief Medical Officer of Health Dr. Robert Strang. “Our collective actions are flattening the curve.”

“So, we still continue to see very low levels of cases that would indicate community exposure, which is extremely encouraging to me and I hope to you,” said Strang.

Of the province’s 1,034 confirmed cases, 918 people have recovered, with 61 active cases remaining.

One more patient admitted to ICU

All eight of the new cases announced Friday were identified in the Nova Scotia Health Authority’s central zone, which contains the Halifax Regional Municipality. 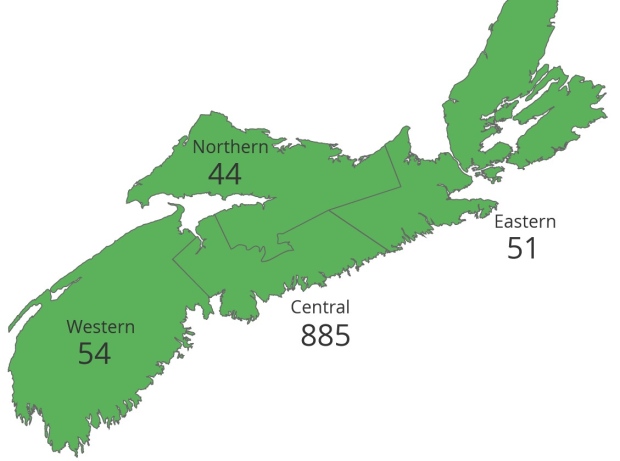 The Nova Scotia government has renewed the provincial state of emergency.

The order will take effect at noon on Sunday and extend to noon on May 31, unless the government terminates or extends it.

The provincial government also announced the easing of some COVID-19 restrictions on Friday, including reopening beaches and allowing two separate households from the same immediate family to “bubble” together.