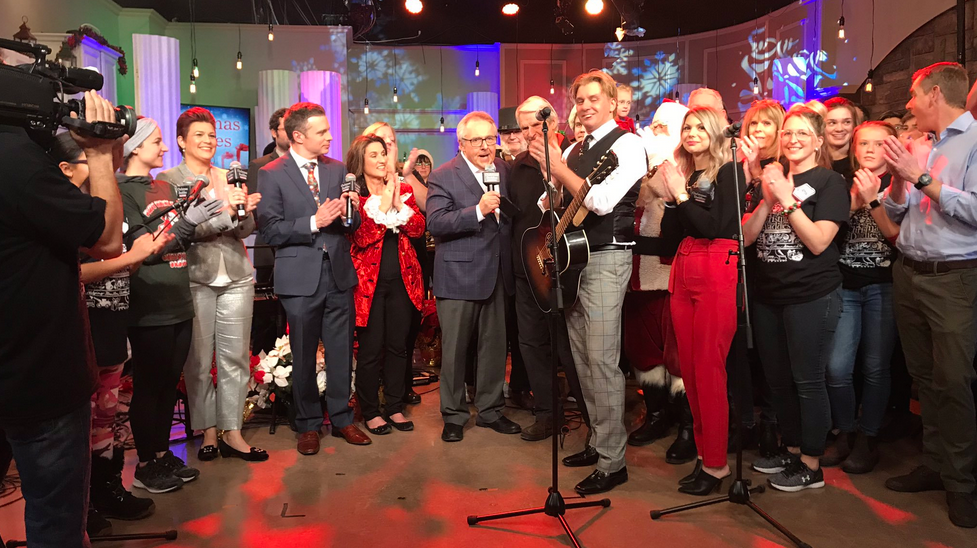 Featured on the seven-hour long telethon, were musicians, local organizations and even local CTV personalities who came together to entertain and support – using their gifts to help with the purchase of gifts.

HALIFAX -- To no surprise, Maritimers once again dug deep into their pockets, displaying an abundant wealth of generosity which saw the 56th annual Christmas Daddies Telethon raise over $510,876.

The fundraiser, which brought in thousands upon thousands of dollars at the 2019 installment of the 55-year-old tradition, was another success that will benefit children and families in need.

With hundreds of volunteers coming together to help out in whatever way they could, it was a community-centric event that displayed the benevolence of Atlantic Canadians.

“When I see all the people that are involved making the telethon happen, I’m overwhelmed that so many people give up their time, talent, and ability,” says Salvation Army Maritime division director of public relations and development, Captain Jamie Locke. “When we think beyond the studio, to everybody making donations – the generosity of Maritimers just continues to match the need year after year.”

Becoming a beloved and well-known Maritime tradition, Christmas Daddies has proved itself over the years as a charitable organization that has benefited communities across the region.

“It’s a trusted place where you can give your contribution to the betterment of society around you,” says Locke of the charity, which uses its funds to purchase toys, food and more for over 10,000 children and families in need.

Featured on the seven-hour long telethon were musicians, local organizations and even local CTV personalities who came together to entertain and support – using their gifts to help others.

We’re so lucky to have the support of dedicated CTV employees like @SBelliveauCTV! #DaddiesShow2019 pic.twitter.com/MaDTfje4In

Thanks to the Navy Divers for raising over $10,000.00 with their run yesterday #4TheKids pic.twitter.com/HUPSqBQcg9

Thanks to all who contributed talent and treasure to the 56th annual @DaddiesTelethon on @CTVAtlantic. The total is $510,000+ and counting.

Thanks to Captain Jamie Locke of the Salvation Army for spending some time @DaddiesTelethon talking about how great the need is at this time of year. Donate now! @CTVAtlantic pic.twitter.com/OqhsnYjA2P

After another successful year, Locke says Christmas Daddies is looking forward to restoring a sense of dignity for families who may not otherwise be able to provide for their families this holiday season. While he says the need for donations continues to grow, he’s thankful to those who faithfully donate and support year after year.

Christmas Daddies continues to accept donations, which can be made at Royal Bank of Canada locations across the Maritimes, as well as all Cape Breton Credit Union locations.