HALIFAX -- You wouldn’t know it to look at him, but he’s the oldest organist in the Maritimes, if not the country.

Ray MacKay is almost 98 years old, and still plays the organ every Sunday at Westmount United Church in Westmount, N.S.

MacKay says he was inspired by a lady in Cape Breton named Freta Jones who also lived on the island and played the organ.

"She was the church organist at St. Andrews Presbyterian Chuch," says MacKay. "And I thought that was the most glorious sound I ever heard, was her playing the pipe organ."

While serving in the Canadian Navy, he played his first church service during the Second World War.

In his nearly eighty years of playing, he hasn’t had a single lesson. MacKay says he plays by ear rather than reading sheet music. 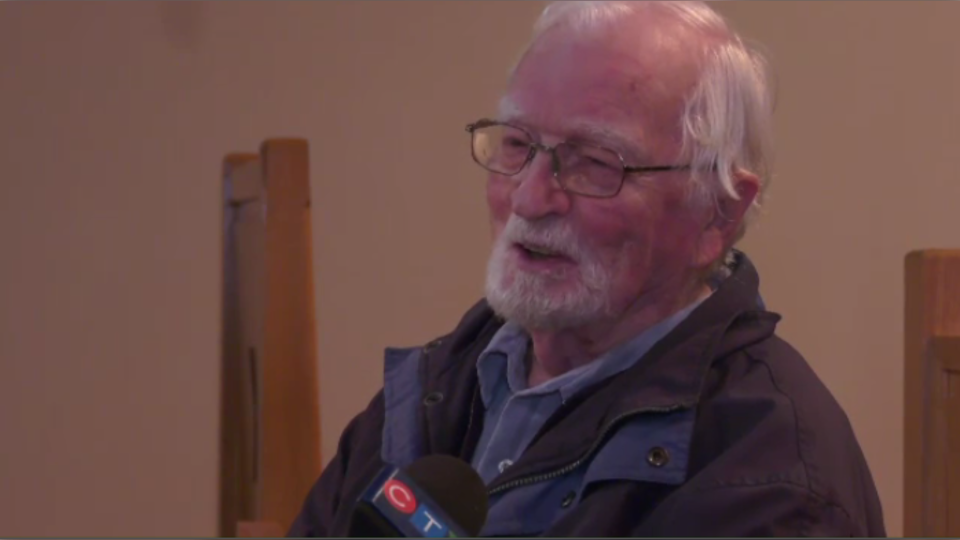 Ray MacKay as he interviewed with CTV News. He will turn 98 years old this month. (Photo: Ryan MacDonald)

What inspires him to keep playing?

"I enjoy it," says MacKay. "I enjoy it, and I think if I stopped music, I wouldn't last very long."

"He's here every Sunday, he enjoys what he does," says MacLeod. "And this is not the only choir that he’s involved with."

MacLeod says he even sings the odd solo from time to time.

MacKay’s 98th birthday is coming up later in February, and the parish is planning a celebration.

"We can't have a big cake or anything, with the way things are now," says MacLeod. "But we’ll do it in some type of way that will be special to him."

Other than carpal tunnel syndrome in one of his hands, MacKay says he’s in good playing shape, and finds a deeper meaning in his musical work.

"I feel like I'm able to contribute something at my age," he says. "That’s for the church itself."

How long does he plan to continue his church organ career?

"Oh another twenty years or so," says MacKay with a laugh. "They’ll probably push me off the bench one of these days."