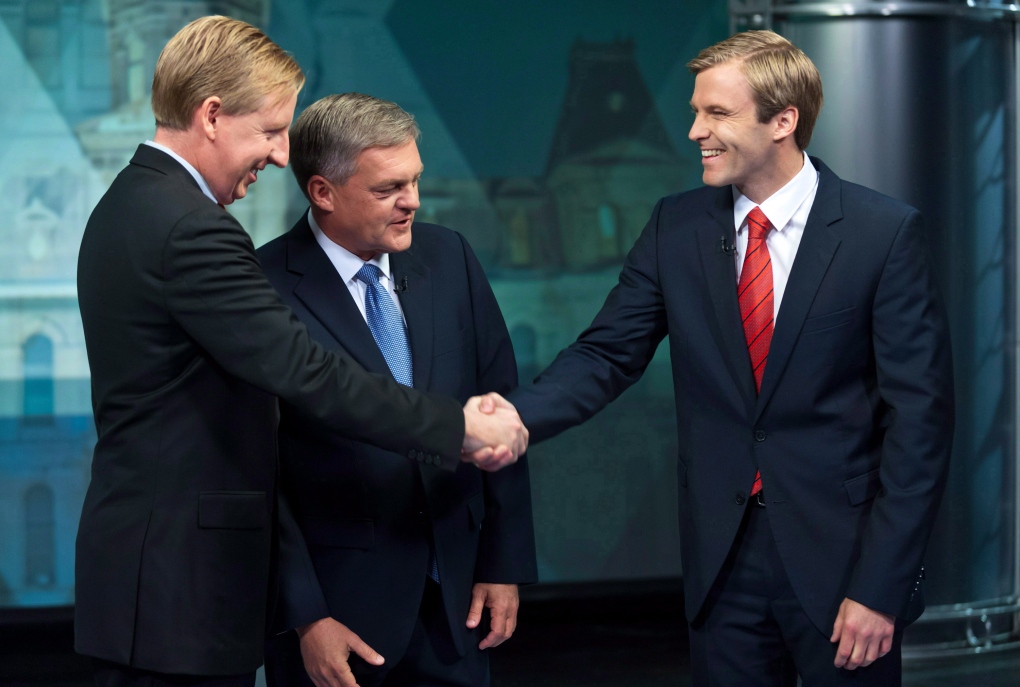 Watch live election coverage on CTV in N.B. starting at 8 p.m. as the polls close.

FREDERICTON -- A look at where the major parties stand on some of the issues that have been front and centre in New Brunswick's election campaign:

Forestry: The governing Progressive Conservatives announced in March that the forestry industry would be allowed to harvest an additional 660,000 cubic metres of softwood per year, a 20 per cent hike from existing levels. Natural Resources Minister Paul Robichaud said the move would make the industry more competitive and create hundreds of new jobs, although it was criticized by environmental groups and others for being unsustainable. The Liberals have questioned whether planting and silviculture programs are sufficiently funded to keep pace with the higher harvest levels. Green party Leader David Coon said the new cap goes too far and will cause vast damage to Crown lands.

Shale gas: The issue of hydraulic fracturing in the province has become divisive as the Tories press ahead with the development of a shale gas industry. Last October, a protest against the industry near Rexton turned violent as police officers arrested 40 people and six police vehicles were burned. Premier David Alward argues that not allowing continued exploration for shale gas would be perilous for the province's economy. The Liberals say they want a moratorium on fracking for gas until environmental risks are known. The NDP says companies wanting to develop shale gas would have to pass tests ensuring environmental and health concerns are satisfied, followed by the establishment of a royalty rate and a free vote in the legislature. The Greens say they would ban shale gas development.

Energy East Pipeline: Under TransCanada Corporation's proposal a new pipeline would be built into Saint John, turning the city into a key export point. Irving Oil has plans to build a $300-million marine terminal to accommodate the pipeline. There is environmental opposition to the pipeline but Alward has backed the project, saying its is a way of stemming the flow of workers from New Brunswick to the oilpatch. The Liberals also support the project while the NDP says it would have to pass the same tests that the shale gas industry would have to undergo. The Greens oppose the development.

Jobs: The government points to its forestry strategy and its efforts to develop a natural gas industry as key elements in its bid to boost jobs in a province with an unemployment rate that stood at 8.7 per cent in August, the fourth highest jobless rate in the country. The Liberals are promising to spend $900 million over six years to improve infrastructure, a key part of a plan they say will generate job growth. The NDP are proposing tax credits for employers while the Green party is promising to create jobs in the local food and sustainable energy sectors.

Finances: The government is forecasting a deficit of $387.3 million for the 2014-15 fiscal year. The Progressive Conservatives had promised to balance the books by the end of their mandate, but did not met that target. To help fight the province's gloomy finances, the Liberals are promising to boost revenue by $63 million a year by rescinding a business tax break the Tories brought in and bringing in a new tax bracket for the province's highest income earners. The Liberals say it will take six years to balance the budget. The NDP is promising to have a balanced budget by 2018 and identify areas that can be cut by $300 million.