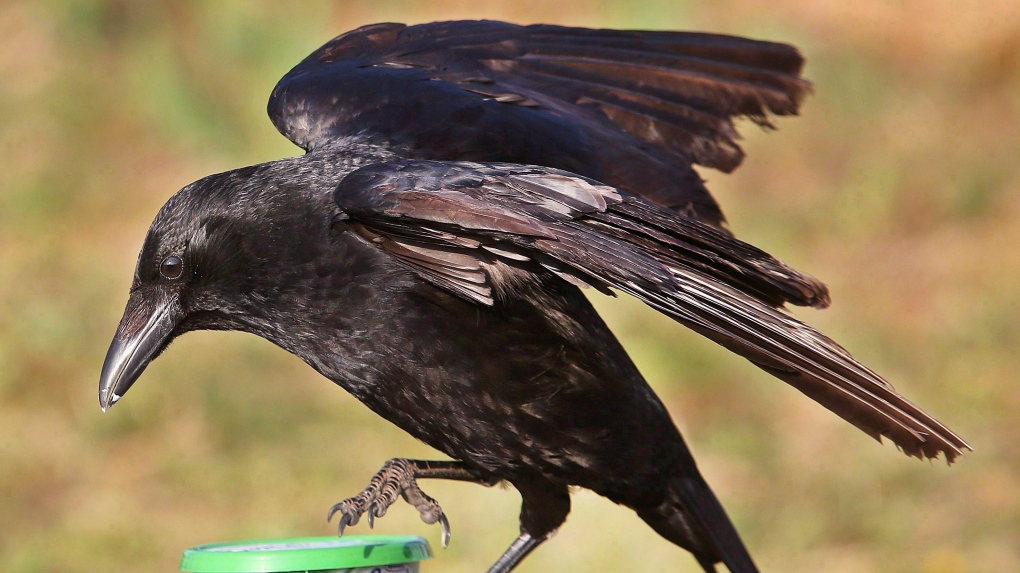 A crow picks at a container in Frankfurt, Germany in a Friday, April 21, 2017 file photo. (THE CANADIAN PRESS/AP/Michael Probst)

WOLFVILLE, N.S. -- Nova Scotia's Acadia University is advising students to be on the lookout for aggressive crows.

Scott Roberts, a spokesman for the school situated in the scenic Annapolis Valley, says the problem with crows surfaces every spring when younger birds start leaving their nests.

Roberts says he's been at the school for 15 years and it's a matter of crows "just being crows" as they try to feed their young.

He says an advisory has been sent out to students and staff advising them to avoid walking on campus with open food.

The advisory suggests carrying an umbrella or wearing a hat and making eye contact should a crow approach. Wearing shiny objects is to be avoided.

Roberts says university security usually gets about six to 10 complaints about the birds every year.

He says there is no estimate on the number of crows on campus, but the grounds are not overrun.

"I don't think we actually have a large crow population," said Roberts. "I've been in a lot of other locations where the crows seem quite a bit denser."