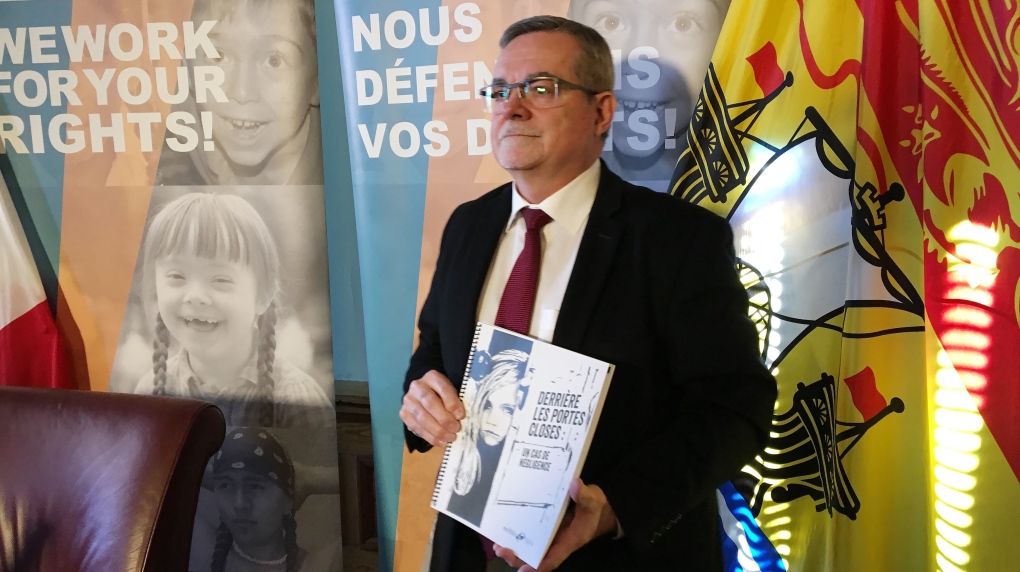 FREDERICTON -- Advocates say a horrific case of child neglect in New Brunswick is far from the only case in the Maritimes and are urging people to report any neglect or abuse they see.

Two recent reports have highlighted a case in Saint John three years ago, where five young children were found in a situation of filth and squalor where they were malnourished, suffered serious dental decay and missed long periods of their schooling.

There was human and animal feces on the walls, floors and bathtub and on the children, and there was very little food in the home.

New Brunswick Child and Youth Advocate Norm Bosse says he knows there are other cases out there.

"We don't have a list. We're not the front line. We're not the Department of Social Development, but when we get calls for advocacy, for help or complaint, we know there are other cases," he said Tuesday.

One social worker in the Saint John case told Bosse she was always busy with other crises in her caseload. In fact, when the case became a formal child protection file, it was one of the Saint John team's "more benign cases," his report said.

Bosse said while social workers do their best to spot issues, the public needs to report anything they see in order to protect children.

"If you've seen a situation and didn't report it, don't be accusing social workers of not doing their work. They need to know or else they can't act. We all have a responsibility to report that. If you see abuse, you have to report it," he said.

Both Bosse and consultant George Savoury have recommended changes to improve the system and help reduce social workers' caseload.

Bosse said in many social workers are spending more time in their offices doing paperwork and managing their caseloads than seeing their clients.

Savoury is calling for a Child Protection Act for New Brunswick -- the only province without one -- in order to put a greater emphasis on child protection.

Both are calling for an end to the provincial call centre in Moncton, so people reporting cases of abuse or neglect actually speak to social workers in their part of the province. They say such a system would get better results.

Miguel LeBlanc, executive director of the New Brunswick Association of Social Workers, said for the most part the child protection system is working, but government needs to make changes to improve service and reduce burnout among social workers.

"This is one of the most stressful and challenging jobs working with the most vulnerable individuals in our society in very difficult situations. We need to ensure that these social workers have the supports they need," LeBlanc said.

"Currently there are a lot of social workers who are working on a casual or temporary basis. Those positions should be considered essential and be hired on a permanent basis," he said.

"There are other cases where children face an unbelievable amount of abuse, and that's why the public needs to report so that social workers can intervene appropriately," he said.

In neighbouring Nova Scotia, Alec Stratford, the executive director of the province's College of Social Workers, said the system is on the brink of crisis and social workers are increasingly stressed and burning out.

"Social workers are running from crisis to crisis trying to put out fires. This puts a lot of strain on the system. Our burnouts and stress rates are increasingly high," he said.

Stratford said more resources are needed to deal with families before they get into crisis. He said evidence continually shows that families who stay together have better outcomes.

He said one of the biggest factors is the child poverty rate.

According to Statistics Canada, in 2015 nearly 1.2 million children across Canada were living in low-income households, representing about 17 per cent of all Canadian children. That jumps to more than 20 per cent in the three Maritime provinces.

In the Saint John case, the parents were sentenced to two years in jail and the children are now living with their paternal grandparents.

Bosse said all the children are making gains physically, socially and emotionally, but the oldest boy -- now 11 years old -- struggles with separation from his parents and blames himself and his brothers for going into care.

"We must ensure they continue to recover from the damage of their past by supporting them in realizing their greatest potential," Bosse said.