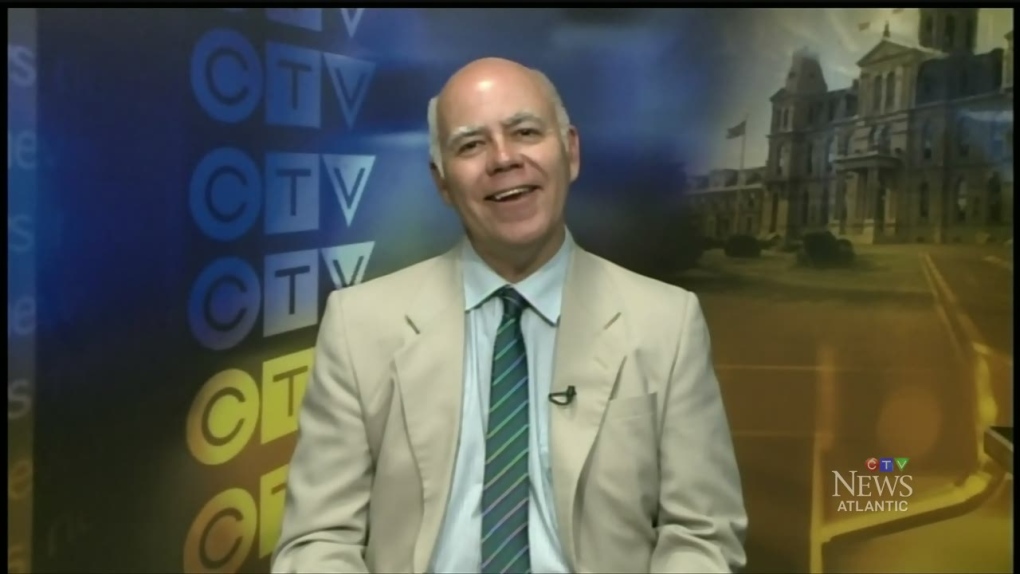 New Brunswick Green Party Leader David Coon expects the Liberal and Tory leaders to go after each other in the debates.

FREDERICTON -- The New Brunswick election campaign enters the homestretch this week with a series of televised leaders' debates.

Political scientist Donald Wright said the front-runners' main goal is not to stumble -- neither Liberal Brian Gallant or Tory Blaine Higgs want to give each other the opportunity to take a knockout punch ahead of the Sept. 24 election.

"They just want to get through the debates and consolidate the support they have. I don't think either one is capable of a knockout punch at the moment, but they don't want to give their opponent a chance for a knockout punch," Wright, of the University of New Brunswick, said Monday.

Wright said he expects the main party leaders will try to play it safe.

"You have to be tough and forceful, but also likable. It's a very difficult thing to do in a debate," he said.

"They will try to stay on message and try not to get knocked off that message."

Liberal Leader Brian Gallant said he's looking for a chance to explain his vision for the province.

"I look very much forward to having the opportunity to lay out our plan, to invest strategically, to be able to create more economic opportunities and a fairer economy for all New Brunswickers," he said during a campaign stop in Fredericton Monday.

Gallant said the Tories have a record of education and health care cuts, and he wants to compare his record with theirs.

Progressive Conservative Leader Blaine Higgs said he expects Gallant to take shots at him personally, but that won't change his approach to the debates.

"I'm proud of running a different campaign. I'm proud of dealing with real issues. I'll be communicating the same way I have for the last eight years and more specifically for the last two," he said.

Wright said most people won't tune in for the full 90-minute debates, but will seek to hear the short sound bites that make the news.

He said that's why it's so important not to stumble and give your opponent an opportunity to score points.

Wright said the debates are also an important venue for the lesser-known party leaders to get their message out to a provincial audience.

Green Leader David Coon was the only member of a third party in the legislature for the last four years.

He said he expects the Liberal and Tory leaders to go after each other in the debates.

"I can predict they will continue the same behaviour they exhibited in the Legislative Assembly, and that is trying to score political points off each other ... and calling the character of the other person into question," he said.

"People are sick and tired of that. They want to see all their elected representatives, no matter which party, collaborate on the big challenges we face in this province. They are tired of all this muck raking and gotcha politics."

Simultaneous translation will be provided Friday to allow Higgs to take part in the French-language debate. Higgs is learning French but said he wasn't comfortable trying to participate in a French debate without translation.

This week's debates come before the advance polls are held on Sept. 15 and 17.

A final roundtable debate is set for Sept. 20 on CTV.