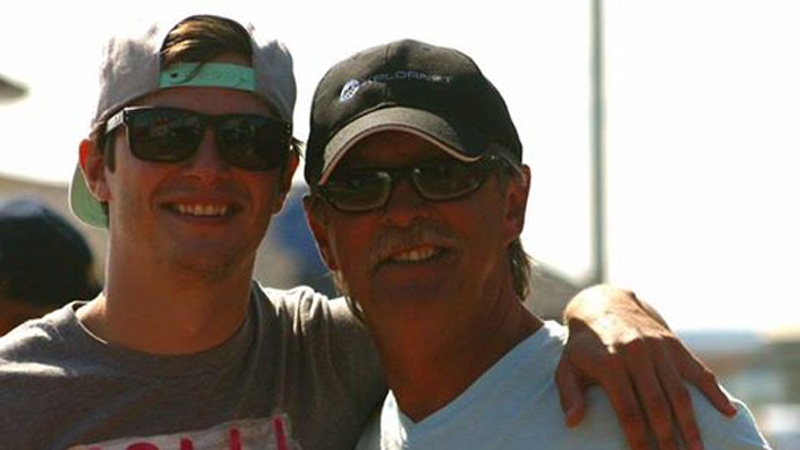 FREDERICTON -- An American agency that responds to marine mammals in distress has halted its efforts to free large whales trapped in fishing gear following the recent death of a whale rescuer in New Brunswick.

Chris Oliver, assistant administrator with the National Oceanic and Atmospheric Administration, extended condolences Wednesday to the family of Joe Howlett of Campobello Island.

Howlett, who also worked as a lobster fisherman, was killed Monday after freeing a North Atlantic right whale that had been entangled in fishing gear near Shippagan, N.B. A close friend of Howlett's said the 59-year-old veteran fisherman was hit by the whale just after it was cut free and started swimming away.

"Because ensuring the safety of responders is of paramount importance, NOAA Fisheries is suspending all large whale entanglement response activities nationally until further notice, in order to review our own emergency response protocols," Oliver said in a statement.

"Members of the general public should never attempt to rescue a stranded or entangled marine animal."

Among other things, a notice has been issued to the commercial fishing industry in the Gulf of St. Lawrence asking fishermen to watch for whales and to report any sightings. Officials are also asking mariners to slow down along the Laurentian channel shipping lanes between the Magdalen Islands and the Gaspe peninsula until Sept. 30.

As well, the government has imposed a partial closure within a nearby snow crab fishing area where whales are known to frequent.

"The government of Canada takes the protection, conservation and recovery of endangered species very seriously," the statement said. "We will continue to work with our partners as this issue evolves."

Howlett had helped rescue about two dozen whales over the last 15 years.

On Tuesday, federal Fisheries Minister Dominic LeBlanc confirmed Howlett was working with federal conservation officers and the Canadian Coast Guard when the rescue was taking place.

LeBlanc describing Howlett as an "irreplaceable member of the whale rescue community," and the minister noted that whale rescues require "immense bravery" to deal with the serious risks that come with handling large, unpredictable animals.

A number of celebrities, including Canadian author Margaret Atwood and comedian Sarah Silverman, took to social media to praise Howlett for his work to save whales.

According to the International Fund for Animal Welfare, nearly three-quarters of all known North Atlantic right whales have scars from past entanglements with commercial fishing gear.