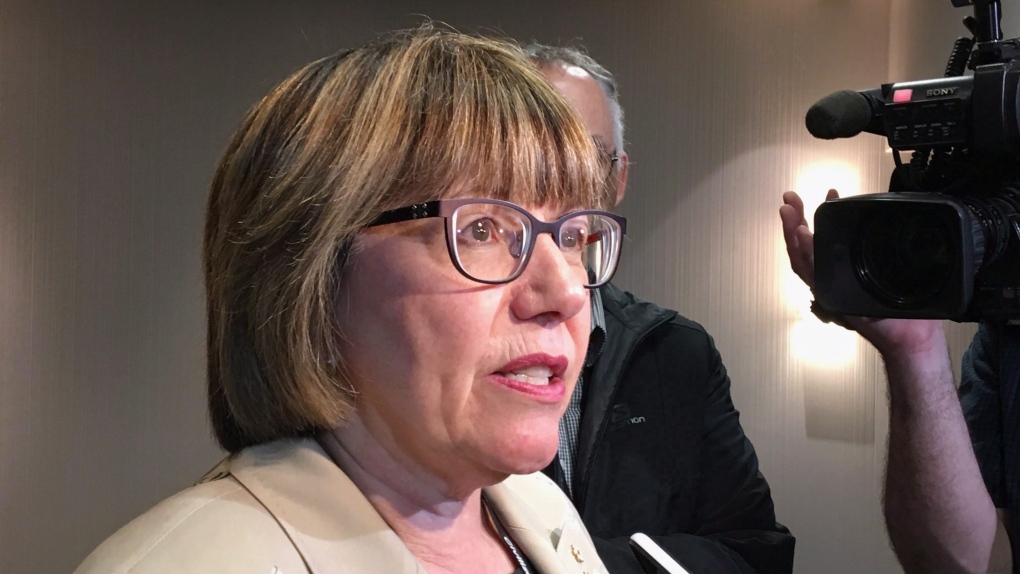 Anne McLellan has informed the federal and provincial governments that she favours the decision to call a public inquiry but is unable to commit to the time required to carry out an inquiry commissioner's responsibilities. Former federal finance minister Anne McLellan speaks to reporters at the World Cannabis Congress in Saint John, N.B., on Monday, June 11, 2018. THE CANADIAN PRESS/Kevin Bissett

HALIFAX -- One of the three people selected to lead the public inquiry into the Nova Scotia mass shooting has dropped out.

Anne McLellan has informed the federal and provincial governments that she supports the decision to call a public inquiry but is unable to commit the time required to carry out an inquiry commissioner's responsibilities.

Bill Blair, the federal minister of public safety, and Mark Furey, Nova Scotia's justice minister, had described the former federal Liberal cabinet minister as someone whose expertise would help delve into the circumstances surrounding the mass shooting.

McLellan had agreed to serve on a panel reviewing the killings alongside Michael MacDonald, a former chief justice of Nova Scotia, and Leanne Fitch, the former chief of police in Fredericton.

But the closed-door review came in for strong criticism from relatives of the 22 victims of the April 18-19 killings, who had advocated for a public inquiry with the power to subpoena witnesses to testify under oath.

The two governments did an about-face on the review Tuesday and ordered a public inquiry, and at the time Blair said the three people appointed for the review had also agreed to serve as commissioners.

In a statement Friday afternoon, Blair and Furey said the inquiry will continue to move forward, and their governments "will keep Canadians informed on the appointment of commissioners to the inquiry."

Before the inquiry was announced, the two ministers had said the review panel was to complete an interim report by Feb. 28, 2021 and a final report by Aug. 31, 2021.

However, fresh terms of reference and timelines haven't been announced yet.

The original goals and issues of the review were wide-ranging.

They called for a probe into the police response, the gunman's acquisition of firearms, the methods of alerting the public and the police procedures for dealing with domestic violence.

The victims' families have said they wanted a mechanism that could compel testimony about the RCMP's response during the shootings, as well as prior police knowledge of the gunman's alleged criminal behaviour.

Feminist groups have called for an investigation into the issue of domestic abuse, noting the killer had abused his common-law partner.