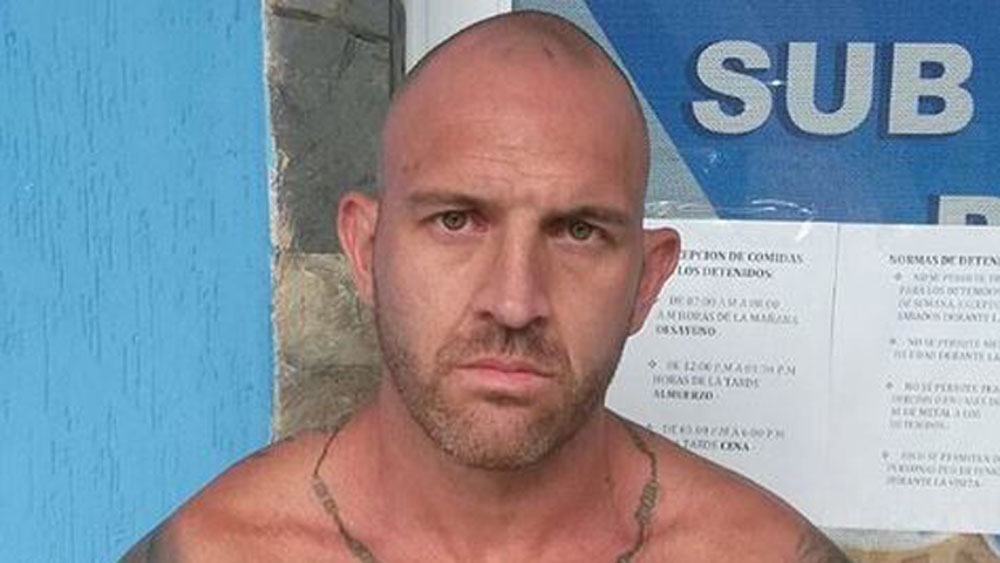 Steven Skinner, charged with second-degree murder in the death of Stacey Adams, has been extradited from Venezuela. (Instagram/douglasricovzla)

HALIFAX -- A new Nova Scotia Appeal Court ruling raises fresh questions about the police use of so-called "Mr. Big" tactics, dismissing a Crown appeal in the case of a woman acquitted of being an accessory to murder.

The RCMP targeted Brittany Leigh Derbyshire in 2011 as a way of finding her friend Steven Skinner, an MMA fighter and murder suspect who was believed to have fled the country.

"Whatever (Derbyshire's) role in illegal activities, it does not give to the police carte blanche to coerce confessions," said the appeal court.

They told her they were sent by "higher-ups from out west to clean up the mess" left behind by Skinner, a suspect in the April 2011 shooting death of Stacey Adams in Lake Echo, N.S.

The undercover Mounties told her they thought she might be a "rat," swore at her, blocked her exit, stopped her from using her cellphone, said she would not be going to work that day, and took her to Moncton, N.B., more than two hours away.

A fearful Derbyshire readily told the pair all about how she drove Skinner, 43, to the Moncton airport and helped him dispose of evidence, the appeal court ruling said.

"She said she was petrified ... She said she felt she had no choice or they would think she was a problem that they would need to get rid of," said the appeal court.

Derbyshire was charged with being an accessory to Adams' murder, but at trial her lawyers successfully argued the police violated her right to silence. The trial judge, Justice Michael Wood, threw out the evidence gathered in the operation, and then acquitted Derbyshire when the Crown offered no other evidence.

In its appeal, the Crown argued that though police were forceful at first with Derbyshire, things quickly relaxed and she willingly aided the undercover officers.

But the appeal court disagreed. It cited a Supreme Court of Canada judgement that came down even as the Derbyshire case was being heard, which warned judges to be leery of Mr. Big operations in which police pose as gangsters. It said confessions obtained by undercover officers were unreliable, although it didn't bar them completely.

"It is the unacceptable use of police tactics to coerce confessions that is problematic," Justice Duncan Beveridge wrote in the provincial appeal court's unanimous decision.

The Crown had argued that the Derbyshire operation was not a classic Mr. Big operation, because there were no threats or inducement used. But the defence said it was a "truncated version" of one, and so the same principles should apply.

"It is the coercive power of the implied or indirect threats of harm to the accused or to others that matters, not whether the police had the time and resources to mount a full-fledged 'Mr. Big' operation," said the appeal court.

The appeal court also rejected a Crown request to ban publication of the undercover officers' names, saying "It is not in the interests of the administration of justice to create an anonymous police force."

Skinner was arrested on a Venezuelan beach in May 2016 and will face a charge of second-degree murder in Adams' death. According to the appeal court ruling, Skinner has also been implicated as a "principal" in two other, unspecified shootings.