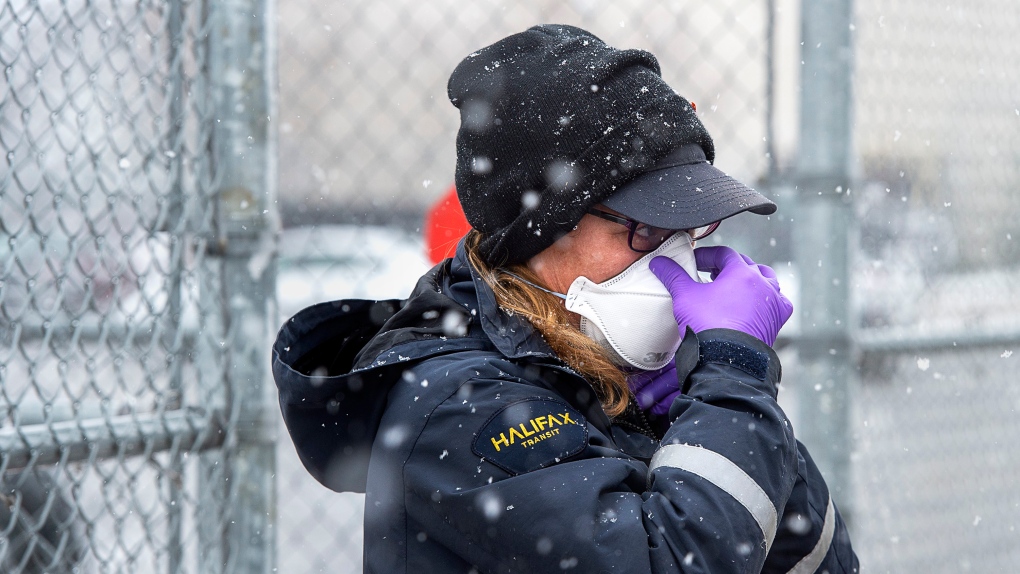 In Newfoundland and Labrador, nine of the 15 new positive cases announced were health-care workers.

Debbie Forward, the president of the Registered Nurses' Union Newfoundland and Labrador, said she and other health unions told the province's public health officials in a conference call Wednesday evening that workers need more protection.

At a daily news conference in St. John's, public health officials didn't indicate how the infections occurred or whether they included registered nurses.

However, Forward said the province must allow health professionals to choose whether they need more advanced personal protection equipment.

Forward said registered nurses should be able to make the decision on whether they feel safe using a surgical mask or would prefer a more closely fitted mask with filters to prevent airborne particles from contacting their face.

"The decision-making should be left with the health-care professional," she said, adding that fitted respirators should be standard in emergency care units treating COVID-19 patients with procedures such as intubation, suctioning and CPR.

She said discussions are continuing with the province on the issue.

In Halifax, the union representing transit workers confirmed one of its garage mechanics was among those who've tested positive.

Halifax Transit said in a release that maintenance staff were sent home and the building was thoroughly cleaned.

However, Ken Wilson, president of Local 508 of the Amalgamated Transit Union, called for a 24-hour pause on service so the transit agency can carry out a deep cleaning of all of its buses and facilities.

"The first issue is to get the equipment off the road to do a clean from top to bottom," said Wilson, who's advocating for a shift in policy where the bus service is limited to retail, health and other essential workers.

Dr. Robert Strang, Nova Scotia's chief medical officer of health, said appropriate steps were taken with Halifax Transit and the source of exposure did not involve riding on a bus.

"There is nothing at all about this case to suggest it would represent a signal of an increased risk for the public or bus drivers," said Strang.

He said the province hadn't gotten to the point yet where it would mandate that only essential service employees could work or use transit.

"While we need to prevent the spread of this virus ... the second objective is always to minimize social disruption," Strang said. "For many people, buses are essential."

Strang said while most of the province's COVID-19 cases are travel-related or connected to earlier cases, one of the new cases can't currently be linked to travel or an earlier case.

Health officials say that potential public exposure is related to a March 14 St. Patrick's Day event at the Lake Echo Community Centre near Halifax, with nearly 50 people in attendance.

The head of the 950-member Paramedic Association of Newfoundland and Labrador said in an interview that eight medics are in quarantine because people who called for an ambulance had misinformed operators about their COVID-19 symptoms.

Rodney Gaudet said, "We've had medics going into someone's house without their personal protection equipment on ... and it means they're now exposed and after the call they are in self-isolation."

The province also announced it is making $50 million in assistance available to help keep workers employed and help businesses continue to operate.

Small business owners will be eligible for loans up to $200,000. They will not be required to pay principal on their loan for up to 12 months.

WorkSafeNB is deferring the collection of assessment premiums for three months.