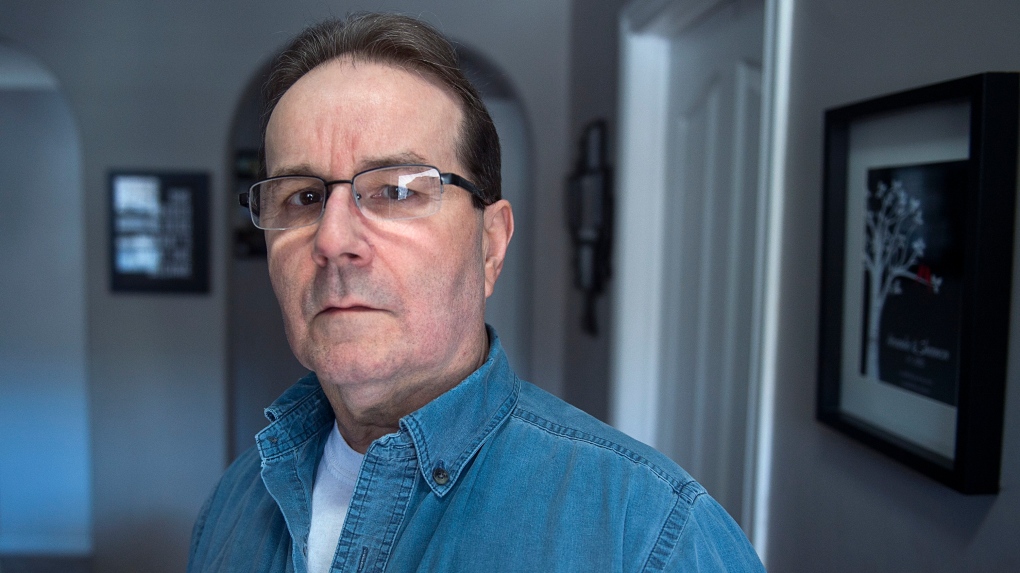 HALIFAX -- Glen Assoun says he's fearful he'll die before governments offer him compensation for almost 17 years of wrongful imprisonment that have left him with a weak heart and fragile health.

The 64-year-old Halifax man said in an interview Monday he has to lie down frequently, he lacks energy and his doctor told him his coronary system is operating at one third of its normal capacity.

"I think the prime minister of Canada is just waiting for me to die so this will go away," Assoun said from his home, hours after downing Aspirins to relieve what he described as a sharp pain in his chest.

Assoun was imprisoned for almost 17 years and then lived under strict parole conditions for nearly five more before a Nova Scotia Supreme Court ruling in March 2019 reversed his 1999 conviction for the murder of Brenda Way in Halifax.

The 1995 killing has never been solved.

During his time in a federal penitentiary, Assoun suffered mental illness. In 2008, he said, he had a heart condition diagnosed that required the insertion of stents -- small mesh tubes that are placed in a narrowed coronary artery.

Assoun said he worries his stents are becoming less effective.

Assoun's lawyer Philip Campbell said he believes government negotiators are delaying a reasonable settlement. "The talks are going in a dilatory and not very satisfactory way," he said in a telephone interview on Monday.

Sean MacDonald, another of Assoun's lawyers, says three levels of government could be involved with compensating Assoun -- federal, provincial and the City of Halifax -- but he believes the prime minister's direct involvement is key to a swift resolution because Ottawa has greater resources.

The federal Justice Department didn't reply by deadline to a request for comment on the talks.

A spokesman for Nova Scotia Premier Stephen McNeil notes Ottawa and the province shared the cost of an undisclosed initial payment to Assoun, and negotiations continue.

"Mr. Assoun's health has always been taken into consideration in the negotiations around compensation," the premier's office said in an email. "The province made a substantial offer of a second payment that could grow depending on the amount of a final negotiated settlement. Work continues on finding a resolution."

There is no legal requirement for compensation for a wrongfully convicted Canadian, but Campbell said there are now precedents for financial settlements in the millions of dollars. Assoun "can only be harmed by the stress of litigation, conflict and controversy," he said. "He should be done right by."

Last year it was revealed that a joint RCMP-Halifax Regional Police unit had destroyed evidence profiling alternative suspects to Assoun prior to his unsuccessful appeal in 2006, and Nova Scotia's police watchdog agency is investigating whether there was criminal wrongdoing.

This destruction of evidence adds to the level of government responsibility, Assoun's lawyers argue.

David Milgaard, who was wrongfully convicted for the rape and murder of nursing assistant Gail Miller in Saskatoon and spent 23 years in prison, said in an interview on Monday the key to quick compensation for Assoun is direct involvement by the prime minister.

"Justin Trudeau needs to acknowledge this is a significant situation," Milgaard said in an interview from his home in Cochrane, Alta. "My biggest concern is that if Glen isn't compensated very soon, he could die."

He said his own case was resolved in part through direct aid from then-prime minister Brian Mulroney, who met with Milgaard's mother and was supportive of Milgaard's bid for a retrial.

Milgaard was exonerated, a public inquiry was held into his case, and he went on to receive $10 million in compensation.

Campbell points to the short period between the announcement of Steven Truscott's wrongful conviction in Ontario and his compensation.

Truscott was charged at the age of 14 with the rape and killing of 12-year-old Lynne Harper in 1959, and was sentenced to hang, but instead spent 10 years in prison.

In August 2007, the Ontario Court of Appeal ruled that Truscott's imprisonment and 40 years of being labelled as Harper's killer were "a miscarriage of justice." Less than a year later, retired Judge Sydney Robbins recommended Truscott receive $6.5 million in compensation, plus legal costs, from the Ontario government.

Assoun said compensation would be a tangible sign of governments admitting their wrongdoing and would recognize the lost opportunities that came with spending much of his adult life in prison.

He said he also wants something to leave to his children.

"I didn't ask my doctor how much time I have left. It's one day at a time," he said.