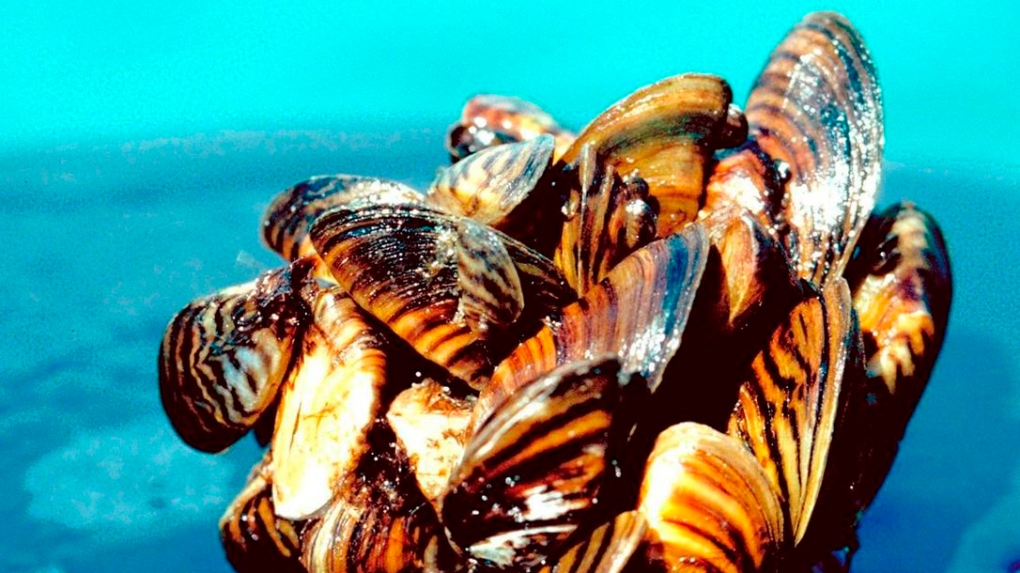 Invasive species experts in Atlantic Canada are warning fish enthusiasts and aquarium retailers to inspect their fish tanks after zebra mussels were found in moss balls across the region.

HALIFAX -- Invasive species experts in Atlantic Canada are warning fish enthusiasts and aquarium retailers to inspect their fish tanks after zebra mussels were found in moss balls across the region.

Zebra mussels are tiny creatures -- 700,000 can exist in a square meter of space -- but they cause big problems. The mussels, native to the Black and Caspian seas in southeastern Europe, cause millions of dollars of damage each year to power stations and water-treatment plants around the world.

Reports of mussels found in moss balls -- which are special kinds of algae often used as decor in aquariums -- have been made recently in Nova Scotia, New Brunswick and Prince Edward Island, according to those provinces' invasive species councils, which work with governments and industry to prevent the spread of invasive animals and plants.

Now that the mussels have been found in the Maritimes, the councils are warning that prevention is key to stopping the spread of the creatures.

"While they may look inconspicuous, zebra mussels are considered to be one of the world's worst aquatic invasive species," the councils said in a joint news release in March.

Kristen Noel, project coordinator of the Nova Scotia Invasive Species Council, calls the mollusks "colonial mussels" because they often out-compete other species for dominance in an ecosystem.

"Because they are so small a lot of people think they're negligible but they cause a lot of damage," she said in a recent interview. Zebra mussels only get about as large as a thumbnail, making them easy to miss during their early stages of growth.

"They can get into pipes, they can damage boats, infrastructure, watercraft, water treatment facilities."

The councils said the freshwater mussels were found on moss balls in Seattle, Wash., and have since been discovered in shipments to British Columbia, Alberta and Saskatchewan.

"If zebra mussels were to establish somewhere in Nova Scotia in the wild it would be near impossible to eradicate them," Noel said.

Hannah Morrison, project manager for the Prince Edward Island Invasive Species Council, called the creatures "filter feeders" because they strain loose particles from the water for food. A large enough colony of mussels can change the quality of the water, she added.

"You'll see them growing on things like infrastructure, beaches, even smaller organisms," Morrison said during a recent interview. The wily creatures can also quickly multiply and can survive out of water for extended periods of time, making them adept at invading non-native environments.

Unlike mussels native to Atlantic Canada, which spread by attaching themselves to a host, zebra mussel larvae are microscopic and can float freely in the water, Kristin Elton, project coordinator for the invasive species council in New Brunswick, said in a recent interview.

That's how they got into Canadian waterways in the 1980s. According to the Fisheries Department, the mussels entered the Great Lakes through ballast water discharged from ships and have since spread through much of Eastern Canada and the U.S.

People should properly dispose of their moss balls by freezing them for 24 hours or boiling them for at least a minute before throwing them into the trash. The councils also said aquarium owners should report any suspected zebra mussels to the federal Fisheries Department.

This report by The Canadian Press was first published April 17, 2021.