HALIFAX -- Officials running the Atlantic Lottery Corp. spent thousands of dollars on lavish dinners and Christmas parties, boosted executive salaries and handed out generous perks to politicians, according to a joint audit of the Crown corporation that said the lucrative enterprise needs greater oversight and transparency.

The report, released Wednesday by the auditors general of New Brunswick, Nova Scotia, Prince Edward Island and Newfoundland and Labrador, looked into management of the corporation, finding confusion in decision-making due in part to a lack of co-ordination between the board, management and the governments that own it.

The audit raised questions about corporate spending practices, pay hikes and a $73,000 expenditure on concert and event tickets for so-called stakeholder relations. In particular, it cited $14,000 the corporation spent on buying an additional 125 tickets to the Cavendish Music Festival in 2014 after it had already received 270 tickets as a sponsor to give away.

Nova Scotia's auditor general, Michael Pickup, said most people would have trouble with that kind of expense.

"I don't believe that the general public would accept that money that would otherwise be returned to the provinces in terms of profits (is) going to buy concert tickets for political people, for elected officials and senior bureaucrats," he said in Halifax.

"If you look at $14,000 and you say, 'How much is that?' I think if you ask someone who works down the street at Tim Horton's, that's probably half their year's pay going to buy these tickets. So, I think any spending of public money should be explainable to all."

The review -- which was the first of its kind since 1996 -- also found the corporation spent $48,000 on 300 tickets for the AC/DC concert in Moncton, N.B., in 2015. Many were for retailer promotions, but 26 were given to senior government and elected officials from one of the provincial governments. The auditors did not reveal which elected officials received the tickets.

The audit said management's claim that the purchases were needed to "engage with stakeholders" was not backed up by facts or followup to see if the tickets were actually used.

"It is not appropriate use of Atlantic Canadians' money for Atlantic Lottery to be incurring these expenses," the 69-page audit stated.

As a result, the corporation said Wednesday that it would eliminate company-funded holiday events and scale back employee recognition spending. Brent Scrimshaw, Atlantic Lottery CEO and president, described the audit as a learning experience and said they have accepted the audit's recommendations.

"We have already put in place much tighter controls on travel and hosting that will deliver the type of operational efficiency that Atlantic Canadians expect," he said. "This is a time of economic restraint in Atlantic Canada. The people of this region and our governments are tightening their belts. We must do the same."

The audit also found that the 40-year-old lottery corporation -- which has dispersed $432 million in profits to the four Atlantic provinces so far this year -- made decisions about business strategies that were thwarted by governments after money had already been invested in them.

"The report also noted while not providing appropriate mandate direction, at times the governments intervene and impact ALC's autonomy," it stated. "The board lacks independence from government to carry out its responsibilities."

The audit cited several examples of government interference, including Nova Scotia's instruction to the corporation to pay the private VLT-supplier Techlink $1.26 million in 2013 despite management's serious concerns with it. The company went bankrupt before satisfying the contract, leaving Nova Scotia taxpayers on the hook for the cost.

It also said the corporation spent $640,000 on board-approved Internet gaming, only to find shareholders eventually stopped participating in it.

The report said the board and management also failed to properly assess the risks of investing in a U.K.-based company that had developed an online lottery product called GeoSweep. The board authorized an $8 million investment, which was later entirely written off.

The auditors also found executive compensation increased "significantly" without shareholder consultation, with some officials seeing a jump of 56 per cent in salary and bonuses, resulting in annual payouts of $390,000.

The corporation also spent $4 million on travel, hospitality and board expenses, including a $3,000 dinner bill for board and executive members.

Pickup said many of those expenses were non-compliant with policy requirements related to the provision of receipts or approvals.

The review noted that the corporation has no explicit policy on whether alcohol is an appropriate expense, finding $5,000 was spent on liquor at staff events and shareholder meetings. About $1,500 of that was reimbursed.

The auditors made nine recommendations to the four shareholder governments to improve oversight and governance, along with 16 to the corporation's board and management to improve management, accountability and transparency. 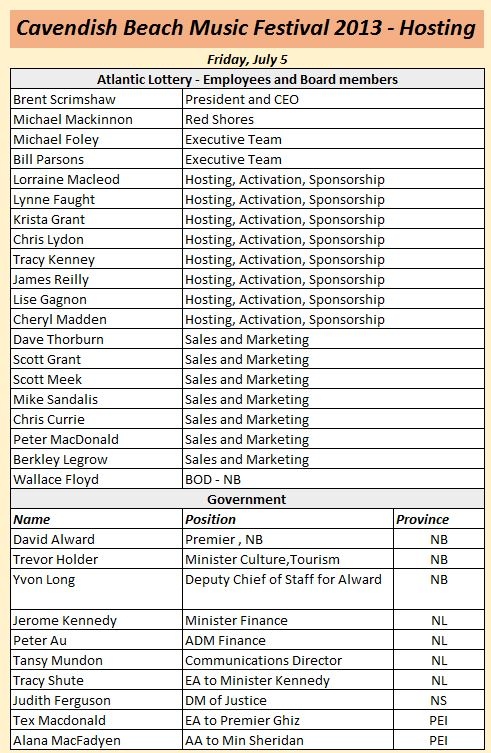 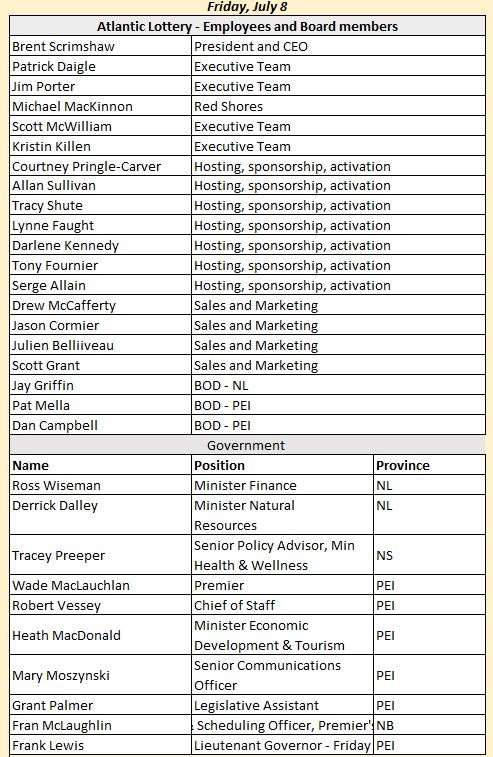 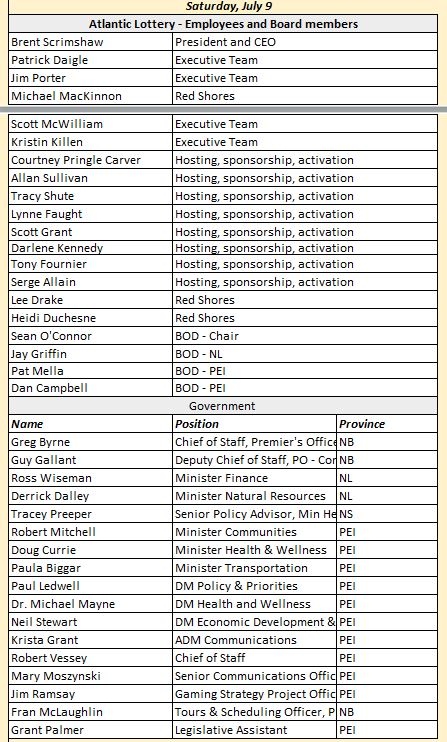 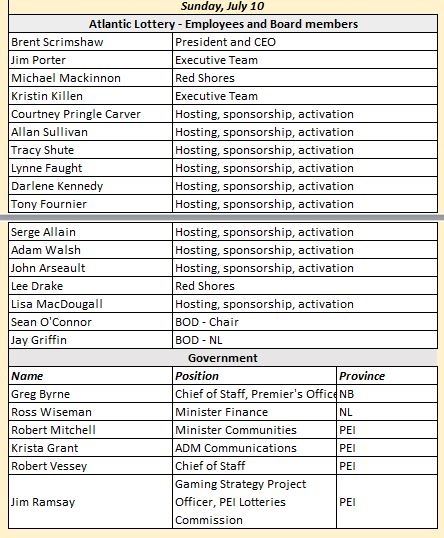 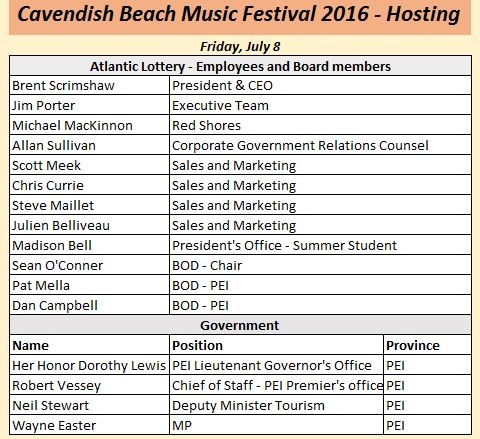 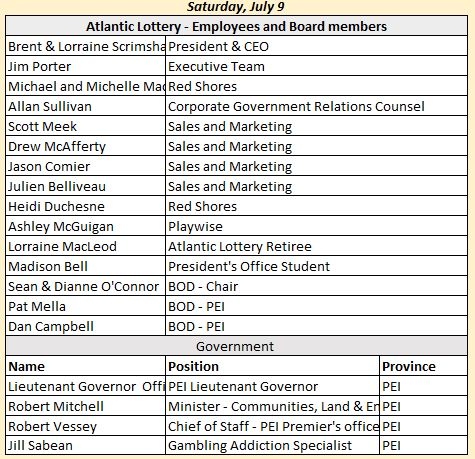 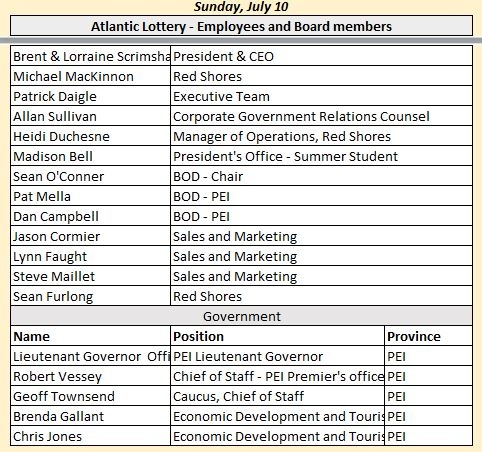