Beloved 'Anne of Green Gables' musical no longer an annual production on P.E.I.

Beloved 'Anne of Green Gables' musical no longer an annual production on P.E.I.

The Confederation Centre of the Arts announced Thursday that “Anne of Green Gables – the Musical” won’t be part of the Charlottetown Festival in 2023.

Moving forward, the musical will only be produced every two years.

It will return to the stage in 2024, coinciding with the 150th birthday of Lucy Maud Montgomery -- the P.E.I. author of the world-famous book upon which the show is based.

“We’ve heard rumours that this was coming and happening … I think that the fans will certainly speak their minds if they’re disappointed by this decision,” said Julia Campbell, who co-owns the Anne of Green Gables Store.

“I also get that the Confederation Centre is a business so they have to look at what the income is from ‘Anne of Green Gables’ and whether offering another show would be more beneficial for their organization.”

It ends an annual P.E.I. tradition dating back decades.

“One of the dangers of repetition in the performing arts is it takes away opportunity for new things, to try new form and voices, and I think this is going to be really good for the actors,” said Adam Brazier, the musical’s artistic director.

“I also think this is going to be really good for our internal staff and crew to try new things and expand their horizons as well.”

It’s a show that has drawn tourists from around the world and had Maritimers returning year after year -- but it’s an expensive production with a large cast and orchestra.

“We know that we need to do Anne over a longer period of time for her to even get close to breaking even,” said Brazier.

“We need a second show that can come in and engage the audiences on those other nights, and so we’ll always have another show next to either Anne or a world premiere – something that is friendly for tourists and encouraging for all visitors to come.” 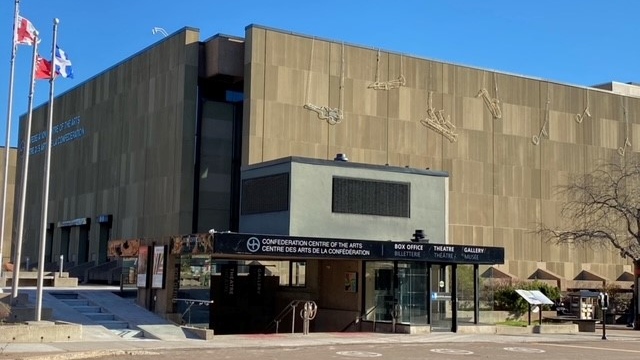 The Confederation Centre of the Arts is seen in Charlottetown on Nov. 24, 2022. (Alana Pickrell/CTV Atlantic)

Steve Bellamy, CEO of the Confederation Centre of the Arts, says the pandemic solidified plans to cut back the show’s run.

“I think it’s fair to say the pandemic gave us pause. It gave us a bit of space to think about, how can we figure out this goal, of presenting new and various Canadian works, while at the same time still continuing to present ‘Anne of Green Gables?’” said Bellamy.

“And with that time that we had to experiment, to dive into new directions and to really consider what’s best for the production and for the Confederation Centre of the Arts, it really was during that time that we were able to come to that decision.”

In addition, a new agreement with the show’s rights-holders will allow “Anne of Green Gables – The Musical” to be performed in other markets when it’s not showing at the Charlottetown Festival.

The Confederation Centre of the Arts says the rights will also now allow schools and non-professional community groups to produce their own versions of the musical.

“An important part of this new agreement is putting it back in the hands of youth, because when we presented ‘Anne’ every year, we had an exclusivity contract that meant no amateur theatre high school could present it,” explained Bellamy.

As for whether the decision will have an impact on tourism, Campbell says the island has more to offer than “Anne.”

“Tourism has been amazing here in Prince Edward Island -- Anne has always played a really huge role in that -- but we’re also really diversifying in P.E.I.” she said.

Rescue workers and civilians passed chunks of concrete and household goods across mountains of rubble Monday, moving tons of wreckage by hand in a desperate search for survivors trapped by a devastating earthquake.

The world's deadliest earthquakes since 2000

A magnitude 7.8 earthquake shook Turkiye and Syria on Monday, killing thousands of people. Here is a list of some of the world's deadliest earthquakes since 2000.