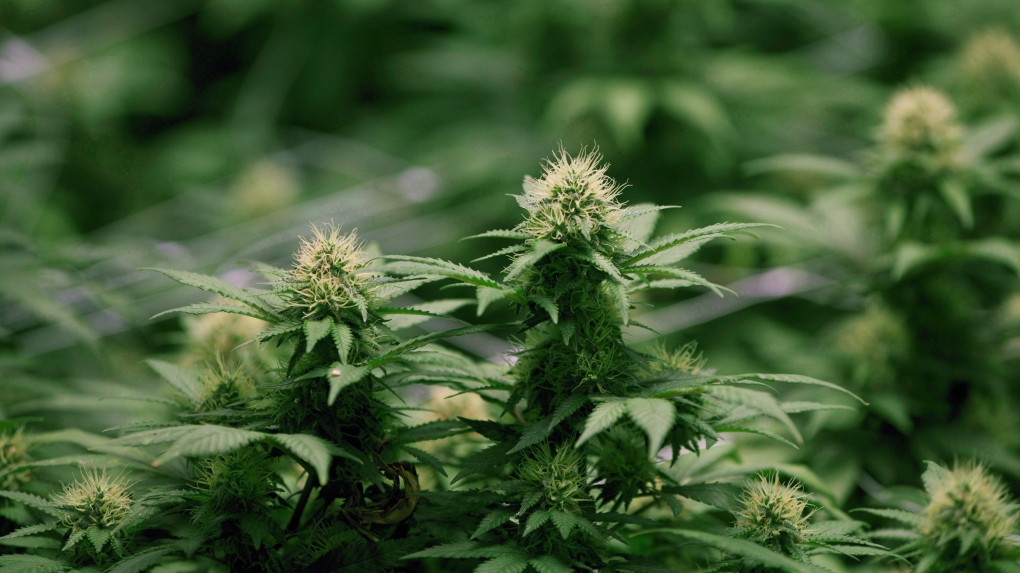 Growing flowers of cannabis intended for the medical marijuana market are shown at OrganiGram in Moncton, N.B., on April 14, 2016. (Ron Ward/THE CANADIAN PRESS)

VANCOUVER -- A disinterested pharmaceutical industry and the conundrum of finding a convincing placebo are just two reasons experts say there has been little quality research into medicinal marijuana.

A growing number of Canadians are turning to medical cannabis despite questions about its risks and effectiveness as a health product.

Marijuana's unconventional journey onto the medical market puts it at odds with more mainstream medications, which typically undergo years of costly scrutiny before being approved for use, said Mark Ware, a pain researcher at McGill University Health Centre in Montreal.

Ware said pharmaceutical companies are willing to pay hundreds of millions of dollars for clinical trials because once a drug is approved they have a window of time to sell it exclusively.

"When you think about medications that have been given approval to be sold in pharmacies, that's where most if not all of our medications come from," he said.

"That model simply does not hold for much of the classical herbal cannabis research, where you're looking for basic claims of efficacy and safety, but not trying to make a formal claim for a product that is going to be patented."

Ware, who also served as vice-chair on the federal government's task force on legalizing cannabis, said competition among licensed marijuana producers is leading some of them to funnel money toward research in an effort to differentiate their brand from others.

But Dr. Mike Allan, a professor of family medicine at the University of Alberta in Edmonton, said there are few benefits for producers to conduct the research.

"It's already at market so there's really no incentive, or virtually no incentive, for licensed producers to take the money they're generating from the sale of these products and reinvest it in research," Allan said.

While a positive outcome might not have much of an effect on the industry's bottom line, a negative outcome could seriously harm profits, he added.

Data from Health Canada show the number of clients registered with licensed medicinal cannabis producers jumped between June 2016 and June 2017, from 75,166 to more than 200,000. Registrations more than tripled in each of the two previous years.

University of Saskatchewan professor, Robert Laprairie, said the absence of the pharmaceutical industry means medical marijuana research is being done for the benefit of the patient.

"We're in a unique place because a lot of large pharmaceutical companies are reluctant to fund these studies where they don't necessarily see the incentive for something that they aren't able to patent," said Laprairie, who conducts cannabinoid research at the university.

Laprairie said he has seen a heavy push in recent months from academics, patients and licensed producers for more medical cannabis research.

But Dr. Meldon Kahan of the Women's College Hospital in Toronto, said this kind of research, sponsored by licensed producers, is still problematic.

"You can design a short-term study with marijuana, or for that matter, with alcohol or opiates, and say, 'Look, we gave people a bunch of alcohol over a three-day period or one week or one month and they seem to feel better. It helped their anxiety.' But that doesn't mean it's a good medication," he said.

Kahan said there does appear to be some evidence that cannabidiol, a compound in marijuana, does have some medical benefits, including pain relief, but more study is needed.

Ware said another dilemma in conducting research on medical marijuana is the absence of a plausible placebo, especially because study participants often have experience using cannabis and recognize if they have been placed in the study or control group.

"Access to a credible placebo may seem like an odd thing to have as a challenge," Ware said.

"But bear in mind that many of these studies are placebo-controlled, so you need a drug which is a credible placebo -- looks and smells and for all intents and purposes pretends it is cannabis when in fact it does not have the active ingredient you are testing."