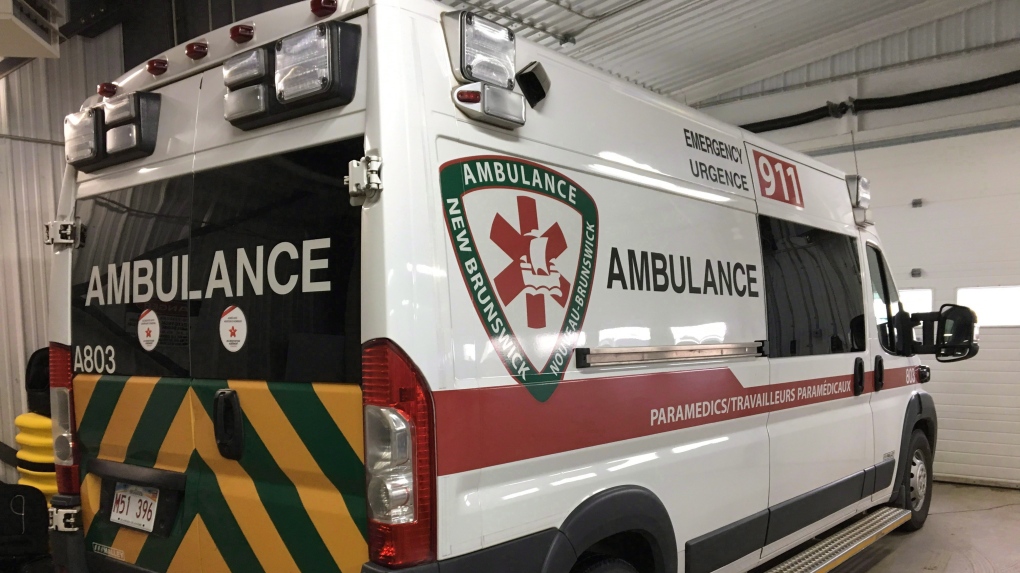 An Ambulance New Brunswick ambulance is shown in Fredericton on Monday, Nov. 19, 2018. (THE CANADIAN PRESS/Kevin Bissett)

Leaders of a New Brunswick village and the province’s ambulance service met in a marathon meeting Wednesday night to hammer out ways to improve rural response times.

“Overall, I’m satisfied with how they addressed it, but we still have the issues,” Denver Brennan said.

He says the group was told the issues facing Ambulance New Brunswick (ANB) are happening across the country. Brennan says ANB also mentioned staffing shortages, even housing, as some of the issues the health service is facing.

Brennan started speaking out last month after he says emergencies in the Blackville area — like a cardiac arrest — took almost an hour for an ambulance to respond.

Two years ago, then N.B. auditor general Kim MacPherson found that 19 of 67 rural communities saw response times below that 90 per cent threshold.

Blackville was one of them.

The vice-president of Ambulance N.B. said in an emailed statement that officials appreciated the opportunity to meet with the Blackville Municipal Council.

“We felt it was a very important discussion and we’ve offered to meet with them on a recurring basis if that would be helpful,” said Jean-Pierre Savoie.

Derek Cassista, president of the Paramedic Association of N.B., says the issues can’t be blamed on any one group or person — but the system itself.

“It’s not a people problem, in my opinion. It’s a structural problem,” he said. “They're living up to their contract. So thinking logically about this, if you're living up to your contract and there are still these gaps in service, then logically, we have to say there's something wrong with the contract.”

The contract between the province and Medavie — who operates ANB — was re-signed in 2017, and expires in 2027.

But the New Brunswick government has expressed interest in taking another look at it.

And that’s where Brennan is planning his next move.

“My next step is definitely to head to the province and get some answers from them,” he said.

An Ontario boy with terminal cancer wanted to see monsters. 1,000 strangers made it happen

A five-year-old Hamilton boy battling brain cancer had one request: he wanted to see monsters. Earlier this month, 1,000 strangers made his wish come true.

This ship tried to warn the Titanic about the iceberg. Now scientists have found its wreckage

The wreck of a ship that tried to warn the RMS Titanic of the iceberg that sank it on its maiden voyage has been found at the bottom of the Irish Sea.