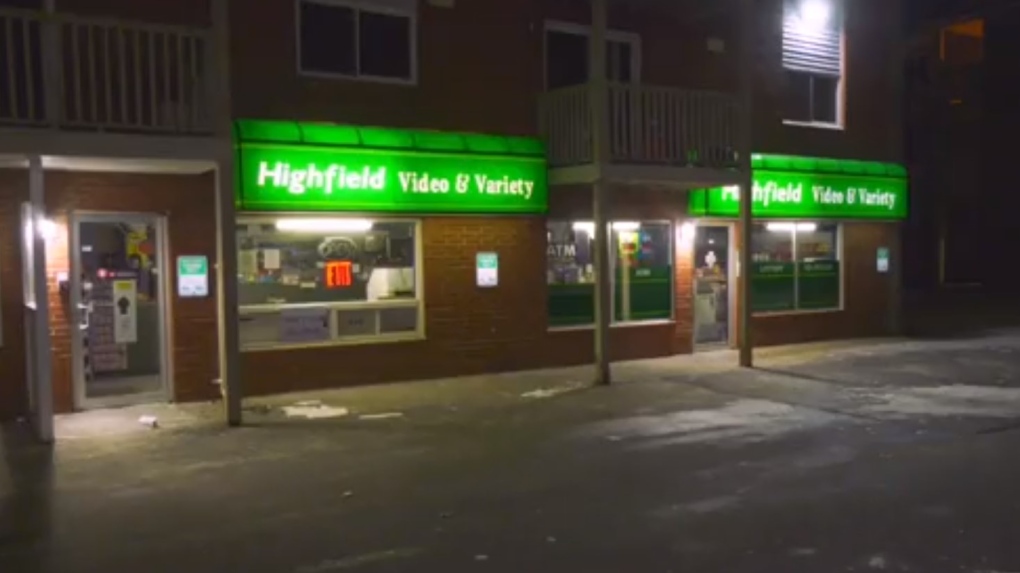 A 12-year-old boy is facing charges following an armed robbery at a convenience store in Dartmouth, N.S.

Just after 7:30 p.m. on Thursday, police responded to a report of a robbery at the Highfield Variety Store, located at 94 Highfield Park Drive.

"Witnesses stated the suspect entered the store, produced a firearm and attempted to get away with cash and cigarettes," said police in a news release.

Police say the boy was arrested inside the store and the firearm was secured.

They say no one was injured.

Police have confirmed to CTV News that the firearm in question was a pellet gun.

The Dartmouth boy was scheduled to appear in Halifax provincial court on Friday to face firearm-related charges, including robbery with a firearm.

Police say that an armed 12yr old male attempted to rob a variety store-Highfield Park,Dartmouth last night.
Police were called around 730 pm and arrested the youth inside the store. The firearm was secured by officers.
No injuries.@CTVAtlantic @Move100Halifax @VirginRadioHali pic.twitter.com/mVRXVZBhSU

Ontario woman says daughter was discriminated against over face mask

An Ontario woman believes her daughter was discriminated against after she was allegedly kicked out of a local activity centre over her choice to wear a face mask.

Canadians may find a lot of long faces at the pump heading into the long weekend as gas prices across the country remain high.

'This is an unusual situation': Feds monitoring monkeypox cases in Canada

Canada's Chief Public Health Officer Dr. Theresa Tam says the federal government is monitoring monkeypox cases and their chains of transmission after two cases were confirmed in this country.

'Fight for a stronger Alberta': Kenney comments for first time since announcing resignation

Premier Jason Kenney spoke publicly Friday for the first time since dropping the bombshell announcement that he plans to step down as UCP leader and premier of Alberta.

WHO calls emergency meeting as monkeypox cases cross 100 in Europe

The World Health Organization was due to hold an emergency meeting on Friday to discuss the recent outbreak of monkeypox, a viral infection more common to west and central Africa, after more than 100 cases were confirmed or suspected in Europe.

On the heels of news that Canada is banning Huawei Technologies and ZTE from participating in the country’s 5G wireless networks, Prime Minister Justin Trudeau said the decision wasn't easy to make. The prime minister also defended the timing of the decision, saying that while it will be years before all use of products from these Chinese companies will be outlawed, it's happening before the country is even more interconnected by the next-generation telecommunications infrastructure.

Russia claims to have taken full control of Mariupol

Russia claimed to have captured Mariupol on Friday in what would be its biggest victory yet in its war with Ukraine, following a nearly three-month siege that reduced much of the strategic port city to a smoking ruin, with over 20,000 civilians feared dead.

A man who used a sword to kill and maim victims in Quebec City's historic district on Halloween night 2020 has been found guilty of murder.