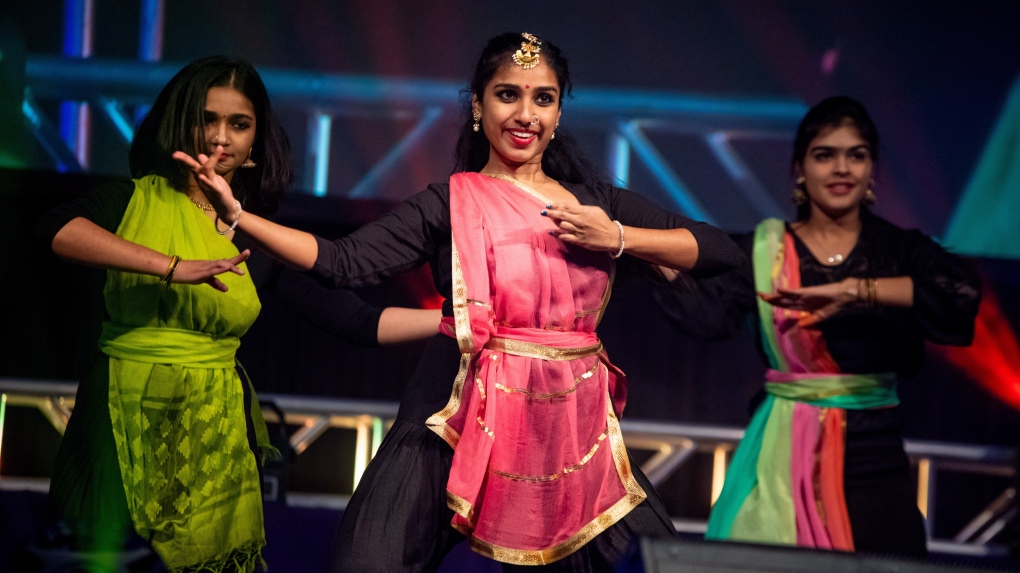 The school's small student body of around 4,000 students is now made up of about half international students. Roughly one-quarter, like Brar, are from India.

In his new role as president of the university's student union, Brar has witnessed firsthand how the slow diversification of the small East Coast city has been accelerated by the flock of young scholars.

The annual campus-led Diwali festival of lights has grown from fewer than 200 attendees to November's showing of about 2,500.

These touches of home are important for students studying far from their families, Brar said, but other community members seem excited about the breath of fresh air these newcomers bring.

One landlord called Brar in September to ask what food he should prepare for his new tenants from India. He later followed up to say how happy he was to have the young people renting the apartment.

"I get calls pretty much every day from people around here telling (me) how lucky they feel being a part of this growth," Brar said.

"It's almost like bringing the world to them, right?"

Cape Breton University is one of several post-secondary institutions in Atlantic Canada actively recruiting international students, at least in part to attract young, educated professionals to the rapidly aging region.

The University of Prince Edward Island's student population is now about 25 per cent international.

Memorial University of Newfoundland's student body is still about half domestic students, but this year the number of international students was slightly higher than those hailing from the rest of Canada.

The burst of growth is a breath of fresh for a region aiming to boost struggling economies and dwindling populations.

"There's a demographic deficit across Canada but it's particularly striking in Atlantic Canada, so these international students are a potential part of a solution."

International students pay higher tuition fees than their domestic peers, but the going rate at many Atlantic schools is more manageable than universities in other parts of Canada.

One year of a bachelor's degree at the St. John's campus of Memorial University costs about $11,460 for an international student, compared to a student at the University of British Columbia paying anywhere from $35,000 to $48,000 per year.

Students are also drawn by the appeal of smaller campuses in friendly communities.

Mengyu Zang, a third-year computer science student at the University of Prince Edward Island, transferred to the school after a year of studies in China.

Zang partly came for the seafood and laid-back Island lifestyle, but she's been happy with the close attention from teachers who know her by name.

"The people here are very nice," said Zang. "The professors, they know your name. When I was in China the university was bigger but I didn't get a lot of attention from the professors."

Universities are making efforts to help the transition to permanent residency a little bit easier for students like Zang.

At Memorial's St. John's campus, students can book appointments with advisers from the provincial immigration office to discuss and plan their futures in Canada.

Lynn Walsh of the school's Internationalization Office said the sessions have been well-attended by students who are tackling the daunting task of navigating the immigration system.

Research shows that foreign students have an enormous effect on provincial economies.

A February report from the Council of Atlantic Ministers of Education and Training found that international students contribute $795 million per year to the East Coast economy.

The report found about two-thirds of students said they planned to stay in their province of study after graduating.

But according to a 2017 report Haan co-authored for the Atlantic Canada Opportunities Agency, in practice roughly two-thirds of international students on the East Coast left Canada after their study permit expired. About 11 per cent of the international students stayed in the region the year they became permanent residents.

By assessing student visas, landing records and tax records up to 2013, the report found that over half of students who declared intentions to stay in P.E.I. after graduating still ended up leaving.

The data does not include the years after the introduction of the Atlantic Growth Strategy and immigration pilot, but the findings suggest the students are possibly driven west for the same reasons as their Canadian peers.

Now studying nursing, Brar hopes to eventually attend medical school, but there isn't a program on Cape Breton Island, even though he's come to love the community.

Haan thinks this is an area where schools could do better.

"Universities do professional preparation stuff. I don't know if they've gotten their heads around (the) kind of things international students need to do to survive in the local labour market."

In many cases, the students are finding ways to break into the labour market, sometimes as entrepreneurs themselves.

This summer, the government of Newfoundland and Labrador announced two new entrepreneurial immigration streams geared towards international graduates or other newcomers looking to start or manage a business.

The announcement was made from the St. John's headquarters of HeyOrca, a successful software startup founded by international Memorial graduates Joe Teo and Sahand Seifi.

"I have met countless international graduates who had to temporarily give up their entrepreneurship ventures because there was no program that will allow them to stay. For the first time, these entrepreneurs have a clear path towards residency," Teo said in a statement.

Zang participated in the session and landed a summer job at the school's IT department.

"I (would) like to work in P.E.I. after my graduation, but to be honest, I wasn't very sure about if I should leave or stay when I first came here," Zang said.