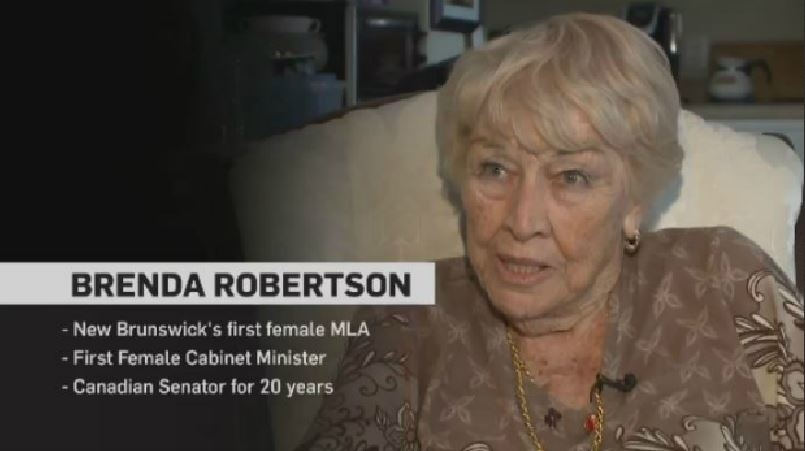 FREDERICTON -- Brenda Robertson, the first woman elected to New Brunswick's legislature and to serve as a cabinet minister, has died at the age of 91.

Robertson died at her home in Riverview, N.B., on Wednesday, surrounded by family and by staff of her long-term care facility.

Robertson held a number of portfolios, including youth, social services and social reform, but was best known for her work as health minister.

She helped implement the Extra-Mural Program, which allows people in their homes to access health-care services.

Robertson is known as a trailblazing politician and as an advocate for Atlantic Canadians.

N.B. Premier Blaine Higgs released a statement offering his condolences to her family, saying she "broke down barriers and served as a role model for generations of women."

Some of the headlines from when she was elected. The man was named. She was called “woman.” pic.twitter.com/Tyf9sbHyO7