Police in Bridgewater, N.S. are investigating a case involving a 16-year-old girl from New Brunswick who called for help Tuesday evening after police say she found herself in a Nova Scotia town not knowing where she was.

Police say she was in in a hotel parking lot in the South Shore town and called 911.

"She only had bags of clothing and a cellphone," said Deputy Chief Danny MacPhee of the Bridgewater Police Service. "She had no identification, no money. Did not know what community she was even in."

Police say she was anxious and shaken. They suspected there was more to her story.

"She informed our officers she was with a travelling construction crew that was travelling throughout the province of Nova Scotia and some other locations in New Brunswick as well," MacPhee said. "They had kept her cellphone until this point."

Police brought her to the station.

"She later disclosed she was sexually assaulted by an adult male and female this week in the hotel that we located her at," MacPhee said.

Police say the teenage girl had been with construction crew to places like Sussex, Moncton, outside of Amherst and Truro for three weeks to a month.

"She's alleged the individuals she was with obtained money for sexual services she provided to unknown people," MacPhee said. 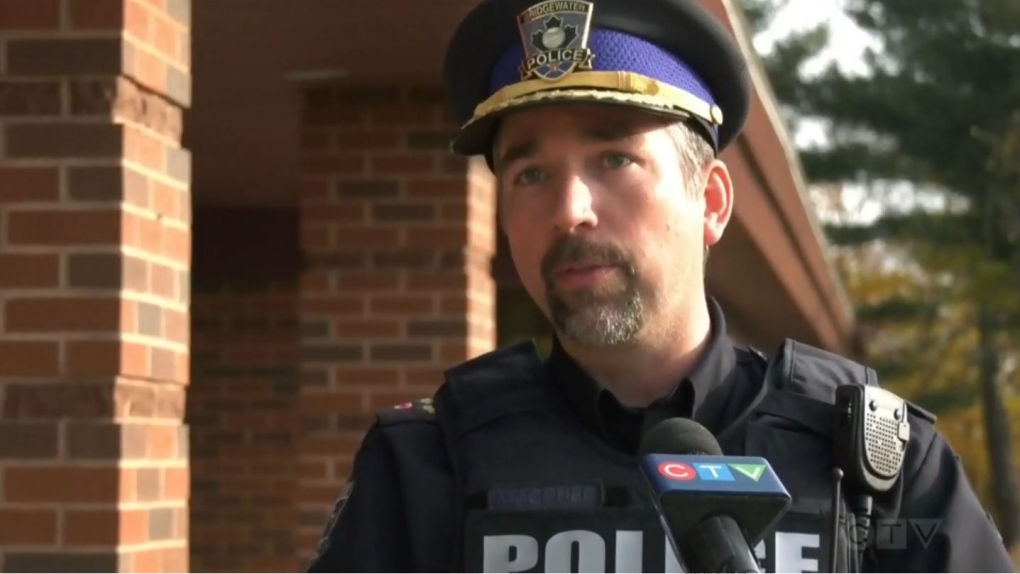 "She only had bags of clothing and a cellphone," said Deputy Chief Danny MacPhee of the Bridgewater Police Service. "She had no identification, no money. Did not know what community she was even in."

Bridgewater police drove the teenage girl back to New Brunswick.

They've also charged 30-year-old Bruce Nicholas Gilroy and 28-year-old Chelsey Wilson from Moncton with a number of offences including sexual assault and recruiting a person under 18 for the purpose of exploiting sexual services.

None of the charges have been tested in court.

According to Statistics Canada, Nova Scotia has the highest rate of human trafficking per capita in the country.

"What we have in Statistics Canada data is really only the tip of the iceberg," said Julia Drydyk, the executive director of the Canadian Centre to End Human Trafficking in Toronto. "A very small proportion of victims come forward to law enforcement."

The problem is more pervasive than many realize and the nature of it is different than what many suspect, Drydyk told CTV Anchor Heidi Petracek.

"This is happening right in front of us every single day," Drydyk said. "It's often people that are being coerced or manipulated by someone has convinced them to believe they're actually loved and trusted."

The Canadian Centre to End Human Trafficking says there are known corridors throughout the Maritimes.

"Traffickers are systematically moving victims from city to city to keep them isolated, dependent, but also to make as much money as possible by the various commercial sex markets in the Maritimes," Drydyk said.

The Centre operates the Canadian Human Trafficking Hotline AT 1-833-900-1010, a 24/7, multilingual space offering help and services.