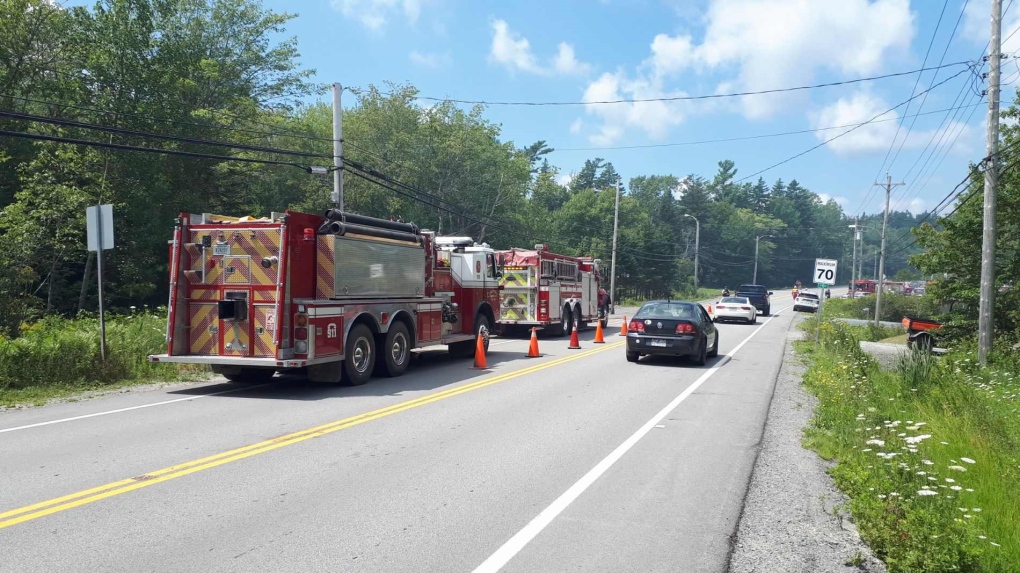 First responders attended the scene near highway 101 Saturday morning where officials had been describing it as a 'developing forest fire.'

A brush fire near Mount Uniacke, N.S., has been fully contained after fire crews from several locations responded to the scene Saturday.

The 2-hectare fire in Pentz Lake area of Mount Uniacke is now completely contained. Crews continue to work on extinguishing the fire.

First responders attended to the incident near Highway 101 around 12 p.m., where officials had been describing the blaze as a “developing forest fire.”

Police say fire and RCMP detachments out of the Halifax and Hants regions also attended the scene.

According to police, there has been no threat to nearby properties, but residents were made aware of the fire early Saturday afternoon.

The highway has remained open however, drivers are being asked to avoid the 500 block as one lane is “being impeded by crews” at this time.

Traffic is currently delayed on Hwy. 1 in #MountUniacke near Pentz Dr. due to a developing forest fire. Motorists are asked to avoid the area to allow emergency crews to do their work. Traffic will be impacted for a number of hours. pic.twitter.com/SdDXEP72D1

A Department of Natural Resources helicopter was also dispatched to the fire.

While the cause of the fire is unknown, Nova Scotia is currently experiencing an extreme heat event, one that is expected to last through Monday.

A NASA spacecraft rammed an asteroid at blistering speed Monday in an unprecedented dress rehearsal for the day a killer rock menaces Earth. The galactic grand slam occurred at a harmless asteroid 11.3 million kilometres away

Canada is dropping all COVID-19 border restrictions for anyone entering the country, including: proof of COVID-19 vaccination, quarantine and isolation requirements as well as all pre- or on-arrival COVID-19 testing. The federal government is also making the ArriveCan application optional, and is lifting the mask mandate on planes and trains.

Jupiter will make its closest approach to Earth in 59 years on Monday, September 26, according to NASA.

Fiona, a category 4 hurricane turned post-tropical cyclone storm, barrelled through Atlantic Canada leaving behind flooded streets, wrecked homes and towns in darkness. CTVNews.ca looks at the data behind the destruction.

An 81-year-old man reported missing in Lower Prospect, N.S. is believed to have been swept out to the ocean during post-tropical storm Fiona, according to the RCMP.