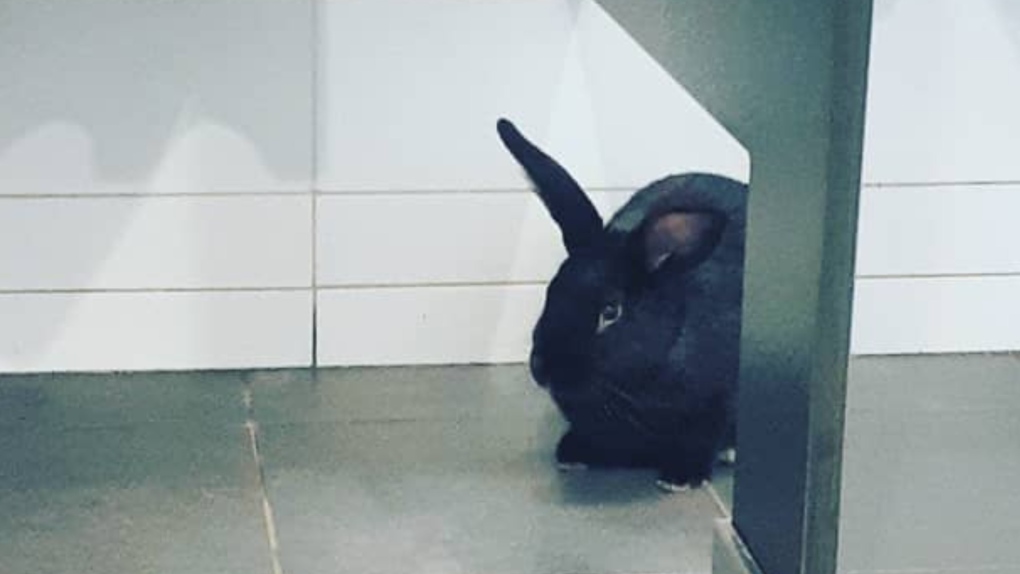 Halifax Central Library staff say they were "baffled" when they found the rabbit, who they affectionately named "Flushy". (Photo: Halifax Public Libraries)

HALIFAX -- Halifax Central Library staff found themselves babysitting a bunny Wednesday after a visitor found a rabbit hopping around in their washroom.

A video posted to Reddit captured library staff picking up the rabbit and putting him in a basket.

Bunny found at the Halifax Central Library on the 3rd floor Men’s bathroom. from r/halifax

Sheena Jamieson, Halifax Central Library's community navigator, is one of the people in the video. Coincidentally, she has owned rabbits before and knew how to care for the animal.

Just before the library was closing for the day Wednesday, Jamieson says she was in her office chatting with a security guard.

She then overheard him take a call.

"He answered, and I could hear a staff person saying 'you need to get down to the third floor washroom, there’s a real life bunny – an actual rabbit – and I’m not kidding,'" she recalled with a laugh.

From there, Jamieson says they were both baffled and went to check it out.

When they arrived in the washroom, there was indeed a rabbit hopping around.

Jamieson says at first, she thought the situation was cute and funny – but then she remembered how difficult rabbits are to care for, and knew she needed to do something.

"So, I put him into a basket," she said. "Then took him up to my office to get him a better basket with some coverage, because bunnies like that."

Jamieson says she then fed him some spinach, and called an emergency veterinarian for advice, as it was after hours.

With guidance from a veterinarian, Jamieson and her team called Halifax Animal Services, who came and picked up the rabbit. 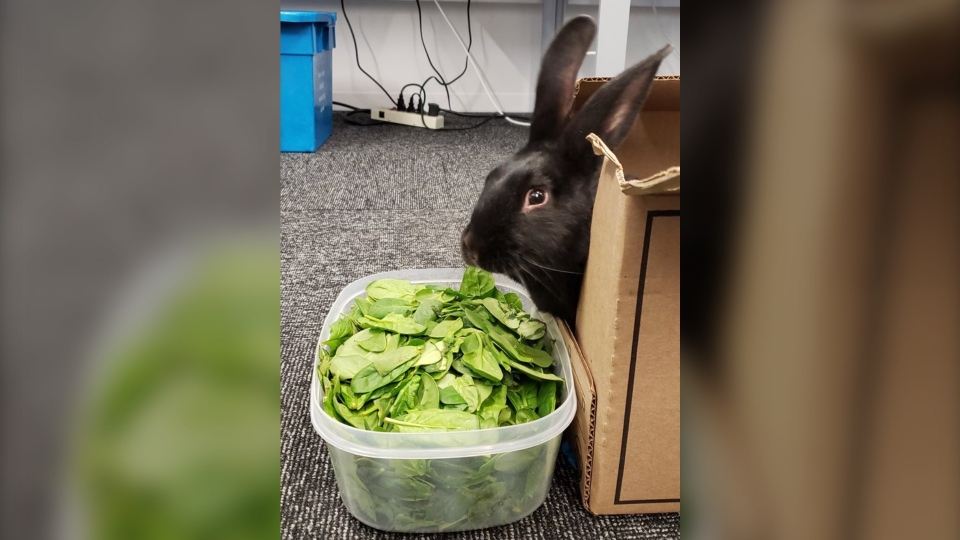 Sheena Jamieson says luckily, she had owned rabbits before so knew how to care for them. This photo was taken in her office. (Photo: Halifax Public Libraries)

Jameson says she got an update from the department today, and the rabbit is doing great.

"He's hanging out with the other bunnies," she says. "They named him Orville, which is a step up from Flushy."

As for how the rabbit ended up in a library washroom, Jamieson says she doesn’t want to speculate, but says it’s possible he was abandoned.

"If this is someone’s circumstance, please reach out to us for help," she says. "There are a lot of resources we can connect you with – that’s the strength of the library – and we’re happy to help people navigate them."

"Please do not put bunnies in our washroom."