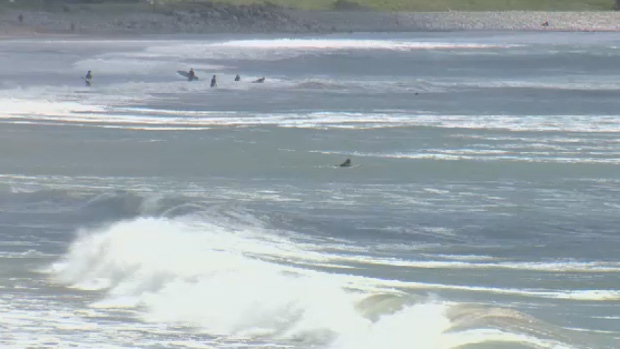 HALIFAX -- It was forecast to be an active year for tropical storms and hurricanes in the Atlantic and that has been the case so far.

According to an update issued by the NOAA, the nine named storms so far this year are a record, with typically only two named storms by early August on average.

That makes it the busiest season to date since 2005, which finished with 28 named storms.

Six of the storms in 2005 entered the Canadian Hurricane Centre response zone, but none had a significant onshore impact to the Maritimes.

In the update the NOAA cites an index known as the 'Accumulated Cyclone Energy index', or ACE, which measures the combined duration and intensity of all storm during the season as giving a likelihood of 85 per cent for an above normal amount of storms this year.

The season forecast was revised upwards from the initial outlook issued on May 21. The revised outlook is now: 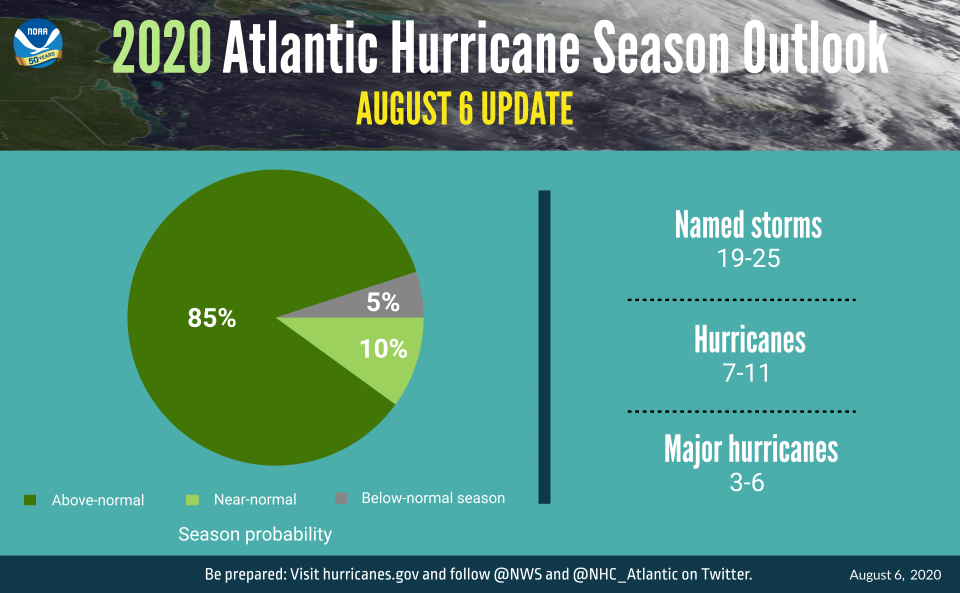 I spoke with Bob Robichaud, warning preparedness meteorologist with the Canadian Hurricane Centre, about the contributing factors to the season.

That warmer anomaly is part of a multi-decadal cycle in the Atlantic that contributes to more active hurricane seasons which has been present since 1995.

The second major influence is that we are headed into, or possibly already in, a La Nina.

La Nina occurs when coastal equatorial waters in the eastern Pacific are cooler than normal and is the counter part of El Nino. When this happens overall wind shear, change in strength and direction of winds with height, in the Atlantic is reduced and helps storms organize as stronger shear can disrupt or dissipate them.

While the Maritimes has yet to be significantly impacted by a tropical storm or hurricane so far this year we’ve recently had a close call with Hurricane Isaias. Isaias passed to the west of the region but where it did move directly into Quebec thousands of power outages occurred as well as reports of flash flooding.

It is important to have a plan and some preparation in the event of a tropical storm or hurricane. A good place to start is at the Government of Canada's 'get prepared' page.