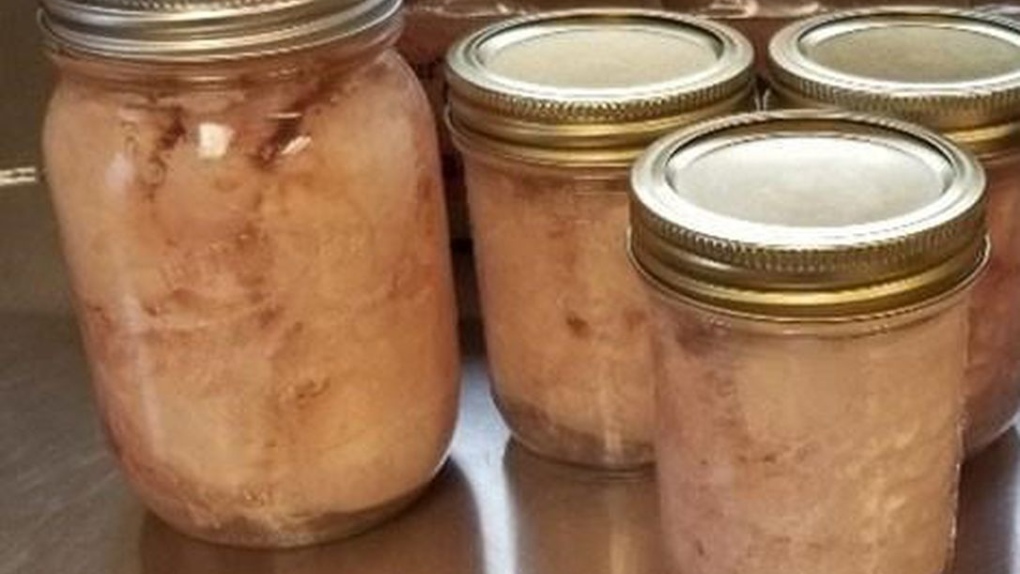 CHARLOTTETOWN, P.E.I. -- The Canadian Food Inspection Agency is warning against consuming beef and chicken that was bottled by a Prince Edward Island man and sold through classified ads in provincial newspapers.

The agency said Thursday the meat products made by Robert Waite of Tignish, P.E.I., carry a risk of botulism. It said the meats sold in 500-millilitre jars with no labels, up to and including Nov. 26, should not be consumed.

But the man behind the bottles of brined chicken and beef maintains there is nothing wrong with his product. "A little bit of salt goes in, a little bit of water goes in -- and meat," Waite said in an interview Friday.

The agency issued its warning after it tested a sample of Waite's bottled meat and results indicated the food may permit the growth of the bacteria responsible for botulism.

Waite said someone reported him to the Health Department, which asked him for a sample of his product for testing. He said he got the results Thursday. He remains adamant, however, that his food isn't dangerous.

In its notice, the agency said the contaminated food may not look or smell spoiled but it can still lead to sickness. There have been no illnesses reported to date connected to Waite's meat.

"Symptoms in adults can include facial paralysis or loss of facial expression, unreactive or fixed pupils, difficulty swallowing, drooping eyelids, blurred or double vision, difficulty speaking or including slurred speech, and a change in sound of voice, including hoarseness," the agency said in its warning advisory.

In children, symptoms can include difficulty swallowing, slurred speech, generalized weakness and paralysis.

Waite said he only sold about three or four cases in September; each case contains 12 bottles of brined meat he purchased from the local grocery store. He said he is no longer interested in selling bottled meat.

"I'm all done now," he said. "I got harassed long enough these last two or three weeks and if I put any up, it'd be for myself."

This report by The Canadian Press was first published Nov. 27, 2020.