Cannabis NB changes images on its website after concerns were raised 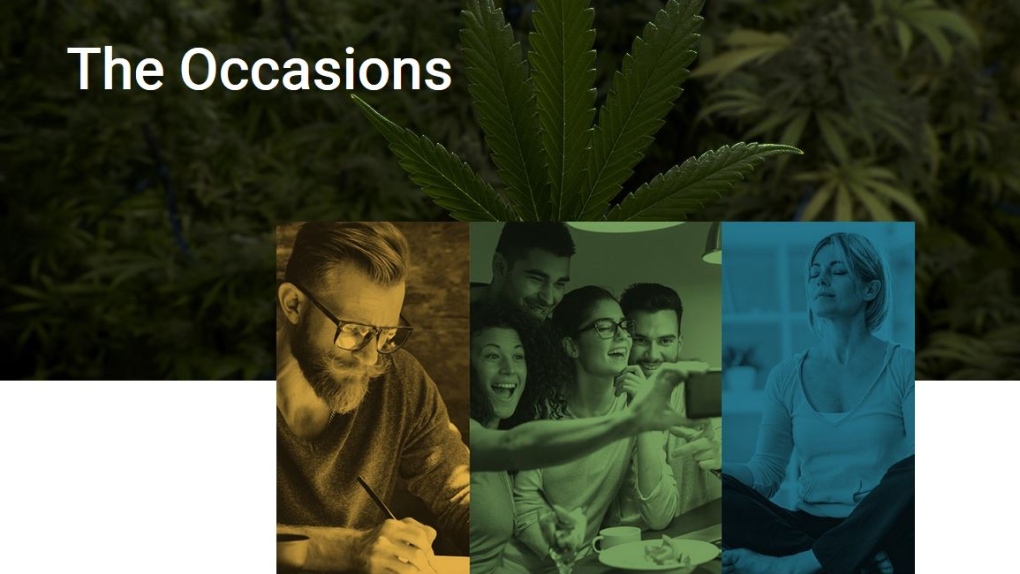 Cannabis NB came under scrutiny for its product descriptions and pictures of people smiling, posing for selfies and holding yoga poses -- images that may violate federal regulations.

FREDERICTON -- Cannabis NB has made some changes to its website after concerns were raised by Health Canada last week.

The Crown agency came under scrutiny for its product descriptions and pictures of people smiling, posing for selfies and holding yoga poses -- images that may violate federal regulations.

In a statement, Health Canada spokesman Andre Gagnon said the department is trying to raise awareness about the Cannabis Act and its restrictions on promotion.

"In a few cases, Health Canada has reached out to ... licence holders to bring concerns to their attention, or to collect information and gain a better understanding of some of the facts pertaining to their promotional activities," he said.

Cannabis NB has removed the original pictures and replaced them with images of chairs, a book and painting supplies.

Spokeswoman Marie-Andree Bolduc says the agency did not receive any specific direction from Health Canada.

"But based on this conversation and discussion, we made adjustments to some images on the website," she said. "We will be generally reviewing the website and likely be making a few adjustments in the language as well."

In Ottawa, Health Minister Ginette Petitpas Taylor said her department is working with the province to make sure the website meets federal standards.

The website includes categories such as "Connect," "Refresh" and "Discover," which the agency has described as educational tools for customers.

According to figures released Wednesday, Cannabis NB recorded roughly $950,000 dollars in sales during its first 48 hours in business, and more than $71,000 of that revenue was generated by online sales.

He said the agency sold out of some products, but he said other provinces had the same problem.

"Retail stores in communities bordering other provinces, such as Sackville and Campbellton, have seen higher-than-expected demand because of customers coming from other provinces," Harriman said. "Cannabis NB will continue to closely monitor inventory throughout our stores and work with suppliers to get inventory to normal levels."