CannabisNB to be the name of recreational cannabis stores in province 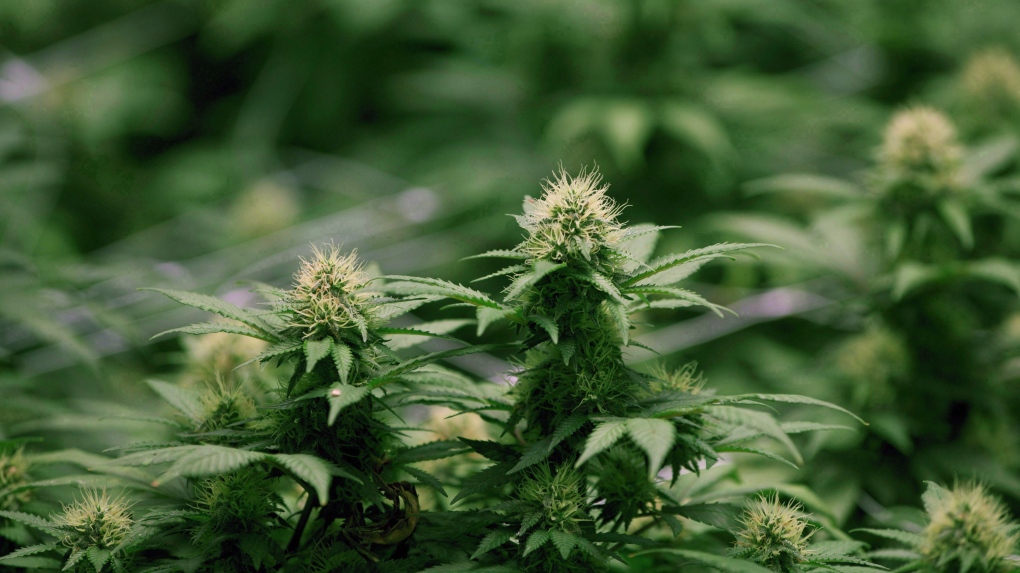 Growing flowers of cannabis intended for the medical marijuana market are shown at OrganiGram in Moncton, N.B., on April 14, 2016. (Ron Ward/The Canadian Press)

FREDERICTON -- CannabisNB will be the name of the New Brunswick government's cannabis retail stores when they open next year.

The government announced earlier this fall that a subsidiary of NB Liquor will operate 20 stores in 15 locations across the province when recreational cannabis is legalized in July 2018.

The products will be displayed under glass and will only be sold to people 19 years of age and older.

Finance Minister Cathy Rogers says the provincial government has introduced legislation focused on ensuring public health and safety is respected by having strong regulations for production, distribution, and sale of cannabis.

Nova Scotia and P.E.I. both set their legal age for marijuana at 19 last week, but are taking different paths on how weed will be sold.

P.E.I. will sell marijuana at standalone outlets run separately by its liquor commission, while Nova Scotia said pot will be sold alongside alcohol in its provincial liquor stores.