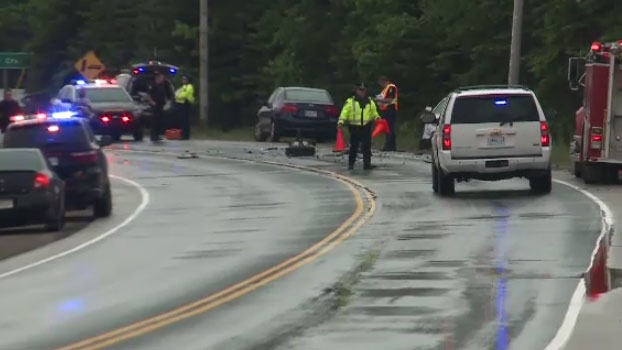 Cape Breton police are investigating a two-vehicle crash which claimed the life of an elderly man. (CTV Atlantic)

An elderly man is dead after a two-vehicle collision along the Louisbourg Highway in Cape Breton.

The Louisbourg man, who police say was in his seventies, was pronounced dead at the scene of the crash near Morrison Road around 5 p.m.

A man and woman in the other vehicle were taken to Cape Breton Regional Hospital with non-life-threatening injuries.

Both vehicles left the road and one landed on its roof, causing the highway to close for several hours.

Police are investigating the incident.