HALIFAX -- Going to see Christmas light displays is one more holiday tradition many have had to postpone this year.

A Cape Breton, N.S. woman has found a way to bring some of the region’s best Christmas lights to those who want to see them – virtually.

Christina Joe has been driving around, posting some of the best home Christmas lights in Cape Breton to social media.

Her videos have racked up about 130,000 views in the last month.

“I do it to bring joy to people who can’t get out,” says Christina Joe, the Membertou First Nation resident behind the videos. “This year with COVID, there’s just more people who need that joy.” 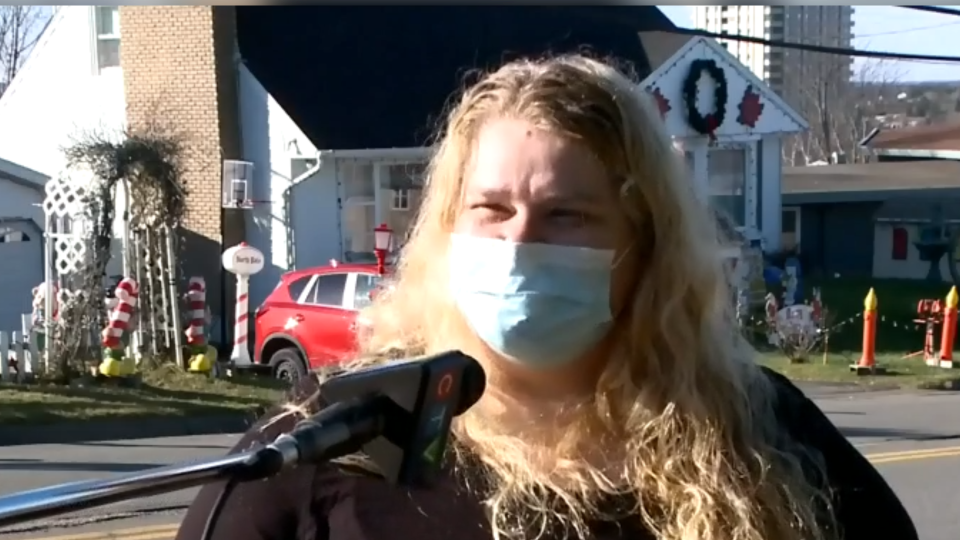 This isn’t the first year Joe has been doing this. It’s the seventh year she’s been posting Christmas light displays, but she’s noticed an uptick in viewership this year.

Her videos have been more popular than ever in 2020, especially from people who haven’t been able to come home due to the pandemic.

“I think it’s a terrific idea,” says Peter Mombourquette, a Sydney man who’s been decorating his property for 40 years. “I think the lady should be commended.”

His home is one of many that Joe has featured on social media. Mombourquette says he’s happy his lights will reach a wider audience.

“A lot of people can’t get out,” says Mombourquette. “And the idea will help bring joy and gladness and goodness to many, many people.”

Joe says she thinks people are putting up their decorations earlier this year, “because everyone needs some kind of joy right now, I think that’s what it is” she says with a laugh.

She plans on filming and sharing videos up until Christmas Eve.

“There’s so much creativity, like each display, you get a sense of their personality,” says Joe. “With the flashy lights, and the big blow-ups. And just the planning that goes into it, right?”

Joe says she’s just one of many people chipping in to make spirits bright this year,

“I’m just playing a small part in a big puzzle,” says Joe. “There’s so many people in the community who are pitching in, and bringing joy to people. I’m just a small piece of that.”

For a grand finale, Joe says she plans to make a compilation video of this year’s best and brightest Christmas displays.