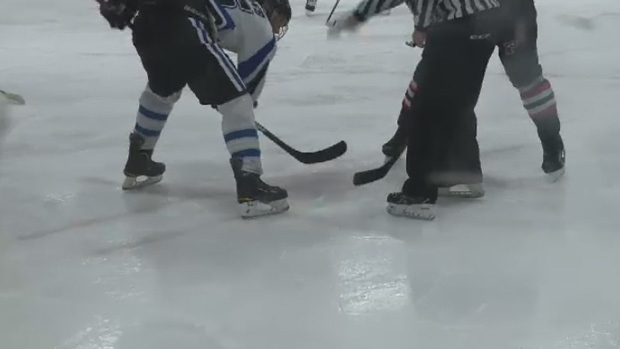 Hockey is a huge part of life for many Canadians, but recent off-ice stories in the NHL have taken some of the shine off the country’s winter sport.

The actions of Anaheim Ducks General Manager Bob Murray are now under the microscope, in the wake of sexual assault allegations in both the Pittsburgh Penguins and Chicago Blackhawks organizations.

As these revelations lead to a re-evaluating of culture in the major leagues, those lessons are trickling down to the minor levels of the sport.

According to the Executive Director of Hockey Nova Scotia, a systemic change in direction for the sport in this region began two years ago with the introduction of the Hockey Nova Scotia Diversity Inclusion Task Force.

"And it was through that process, through our public engagement with community about how we could make the game we're safe and welcoming," said Amy Walsh.

Walsh said the task force report featured a series of recommendations including the Future of Hockey Lab, a program focused on the creating, experimenting and testing game-changing ideas and innovations to make the sport more accessible for all who wish to participate

Former NHL player Mark Fraser said the Future of Hockey Lab would give the sport an opportunity to pivot to a more positive direction.

"One thing that we are aware of, whether it is at the grassroots level or professional level, the sport encourages silence," said Fraser.

Fraser added the sport should closely examine the kind of leaders who can contribute to the game.

"We are not necessarily calling on people with a long extensive background in hockey," said Fraser. "Whether it is hockey parents or people who are new to volunteering on the grassroots side of hockey. It should be people who care."

Fraser also says the angry hockey coach who kicks cans and throws water bottles is becoming an outdated concept, and while those types of coaches still exist, there have been steps made to remove those people from the sport.

He believes a positive step going forward is recruiting more leaders who care about the human element of hockey and inclusion.