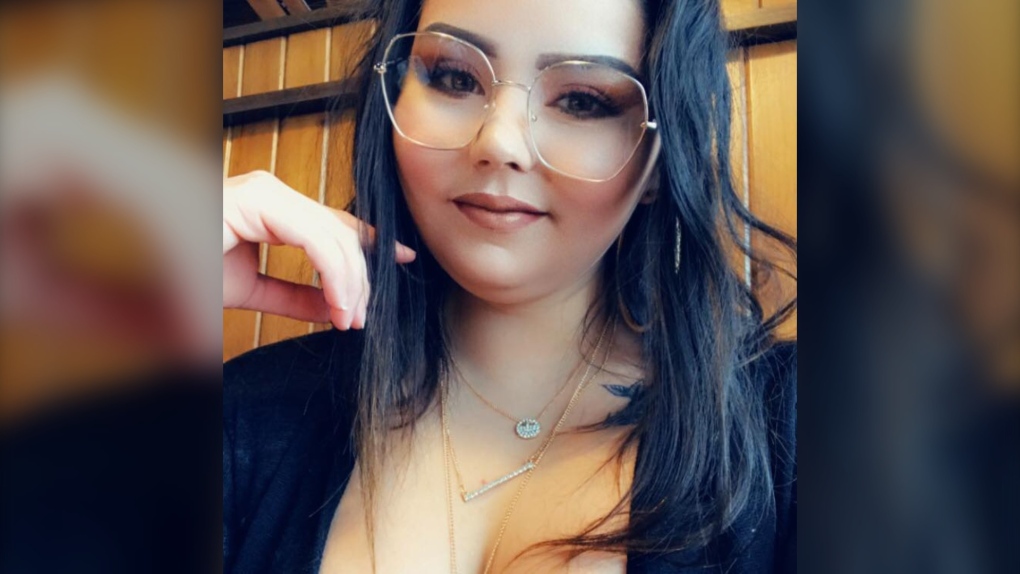 FREDERICTON, N.B. -- Ten family members of a 26-year-old Indigenous woman who was fatally shot by police in Edmundston, N.B., are travelling across the country from British Columbia to offer support to her mother and daughter, relatives said Sunday.

Amy Charlie, who grew up with Chantel Moore, said in an interview from Tofino, B.C., that it will be important for the family to gather in the days to come.

"We grew up together. I think I need to say a final goodbye to her," said the 20-year-old cousin, adding that in Tla-o-qui-aht culture she is referred to as Moore's sister due to their close relationship.

She and her grandmother, Nora Martin -- who will also be on the trip -- say the family is also hoping to meet with investigators to find out more about what occurred.

Moore died Thursday when police arrived at her home in response to a request to check on her well-being, and police have alleged their officer encountered a woman with a knife making threats.

Charlie and her grandmother say they are seeking more complete information from officials on what occurred,

"We all want answers," said Charlie.

Martin is the sister of Moore's biological grandmother but says she is considered a grandmother in their Tla-o-qui-aht culture.

She has said in earlier interviews with The Canadian Press that her family has endured previous trauma at the hands of police, and she is calling for lasting change to break the pattern.

More than 50 years ago, Martin's grandfather suffered a broken neck while in police custody, she said.

Another relative died 10 to 12 years ago while in police custody, she said. There was an investigation and recommendations were made, but Martin says little has changed.

She and her sister, Grace Frank, have said they doubt the police version of events as Moore was a petite woman who they say was not violent.

"We have to know the circumstances. We can't go with what the RCMP say. We don't believe that Chantel attacked him. There's no way in the world she would attack anybody," said Martin.

"She had no mental health issues."

However, the primary focus of the journey will be to offer support to their sister -- Moore's mother -- and Moore's five-year-old daughter.

Martin said the family expects they will meet Maliseet First Nation leaders after they arrive in Fredericton on Monday morning.

They are hoping to hold private, traditional ceremonies for Moore during a funeral and burial, once the coroner releases the body to the family.

"We can't really do anything until we hear from the coroner," the grandmother added.

"It's very important. We value our family, whether they are alive or not. We treat the family member who has passed on with much, much respect," she said.

Martin said later in the week it's expected there will be a "medicine walk," which she says is a healing ceremony, in honour of Moore.

Late last week, a coalition of Maliseet First Nations called for an independent probe of the New Brunswick justice system in light of Moore's death.

The six chiefs in the Wolastoqey First Nation in New Brunswick issued a joint statement expressing their condolences to Tla-o-qui-aht First Nation in B.C. to which Moore belonged.

It is signed by the chiefs of communities along the Saint John River Valley, including Tobique, St. Mary's, Madawaska, Oromocto, Kingsclear and Woodstock First Nations.

Public Safety Minister Carl Urquhart said in an emailed statement that a probe has started through Quebec's independent police investigation agency, known as the Bureau des enquetes independantes, along with a New Brunswick coroner's investigation.

"Decisions on next steps will be taken after the investigations have been completed," wrote the solicitor general.

It remains unclear what agency will recommend if a prosecution should proceed for the shooting, as the Bureau des enquetes independantes has stated its sole role is to produce a summary of the facts.

Their findings will be sent to the public prosecution service and the RCMP, said an email from a spokesman for Urquhart.

The Quebec agency has provided a brief statement, saying its investigation will determine if the information provided by police is accurate.

The City of Edmundston and the Edmundston Police Force said Friday they will make no further comment.

The union representing the 30 police officers and 11 dispatchers in the service said on Saturday in a release that it wished to offer sincere condolences to the family of Moore, calling the death "a difficult and tragic situation for all the parties involved."

Relatives have said that Moore's mother, Martha, had been raising Chantel's daughter Gracie in New Brunswick, and Moore recently moved there to be with her mother and daughter and to go to college.

In Ottawa Friday, Indigenous Services Minister Marc Miller has said the family deserves answers, quickly. "It was a wellness check and someone died," he said. "I can't process that."

This report by The Canadian Press was first published June 7, 2020.