Civil rights pioneer Viola Desmond commemorated at site of her 1946 arrest in N.S.

Civil rights pioneer Viola Desmond commemorated at site of her 1946 arrest in N.S. 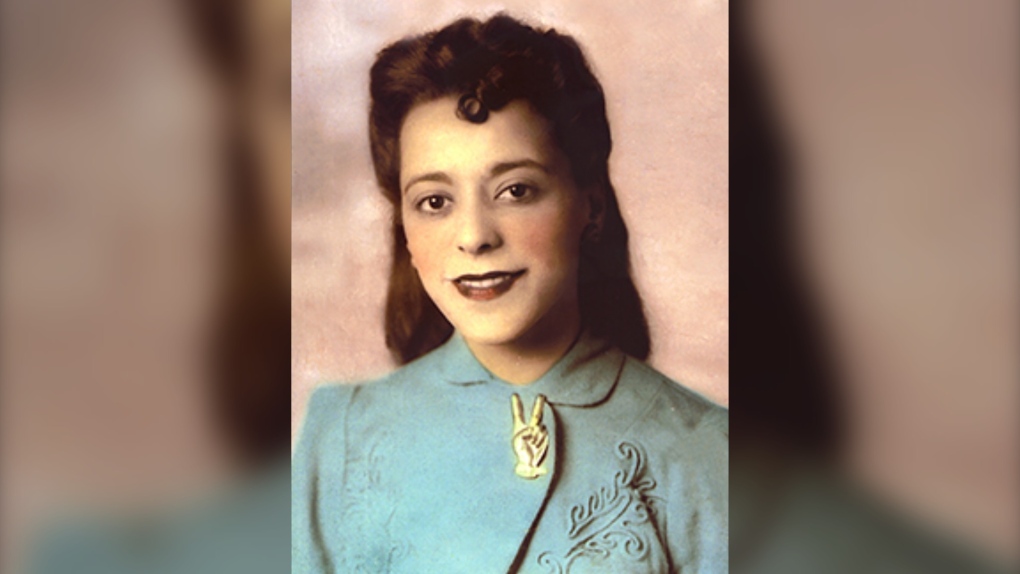 Canadian civil rights pioneer Viola Desmond was commemorated Friday at a former theatre in Nova Scotia where she was arrested for sitting in a whites-only section more than 75 years ago.

A plaque that recognizes Desmond's national historic significance was revealed by Parks Canada during a ceremony in New Glasgow, N.S.

Desmond was forcibly arrested while watching a movie at the former Roseland Theatre on Nov. 8, 1946. The theatre was segregated at that time, with Black patrons relegated to the balcony while floor seating was reserved for whites.

In a news release, federal Immigration Minister Sean Fraser, who participated in the ceremony, said Desmond's courage and "unwavering commitment to equal rights" has helped to shape the country.

"Her legacy is as important today as it has ever been, as we continue the work to combat racism," said Fraser. "I encourage all Canadians to learn more about Viola Desmond's significant role in our country's history."

Desmond, who was killing time while waiting to have her car repaired during a business trip, was short-sighted and sat in the floor section of the Roseland in order to see the screen properly. When she refused to leave, she was dragged from the theatre by police.

After her arrest, she was left in jail for 12 hours before being fined $26 for tax evasion. The fine, based on the one-cent difference in tax paid for floor and balcony tickets, was the only way local authorities could legally justify Desmond's jailing. Desmond, who died in 1965, was given a posthumous apology and pardon for her arrest by the province in April 2010.

Her courageous act occurred nearly a decade before Rosa Parks refused to give up her seat on a segregated bus in Alabama. Slow to be recognized, the Halifax businesswoman's contribution to the fight for civil rights has steadily gained more attention in recent years.

Canada Post issued a stamp featuring Desmond, while a Halifax harbour ferry is named after her along with a Toronto park and streets in Montreal and New Glasgow.

She was inducted into Canada's Walk of Fame in 2017 and a $10 bill bearing her likeness was issued in November 2018. Desmond was the first Black person -- and the first non-royal woman -- on a regularly circulating Canadian banknote.

Parks Canada says its national program of commemoration is largely driven by public nominations. To date, more than 2,200 such designations have been made across Canada.

This report by The Canadian Press was first published Aug. 12, 2022.

Today the Historic Sites & Monument Board of Canada unveiled a plaque commemorating the national historic significance of Viola Desmond at the former Roseland Theatre on Viola’s Way. pic.twitter.com/Q23xCUTGif

Dozens of Florida residents left their flooded and splintered homes by boat and by air on Saturday as rescuers continued to search for survivors in the wake of Hurricane Ian, while authorities in South Carolina and North Carolina began taking stock of their losses.