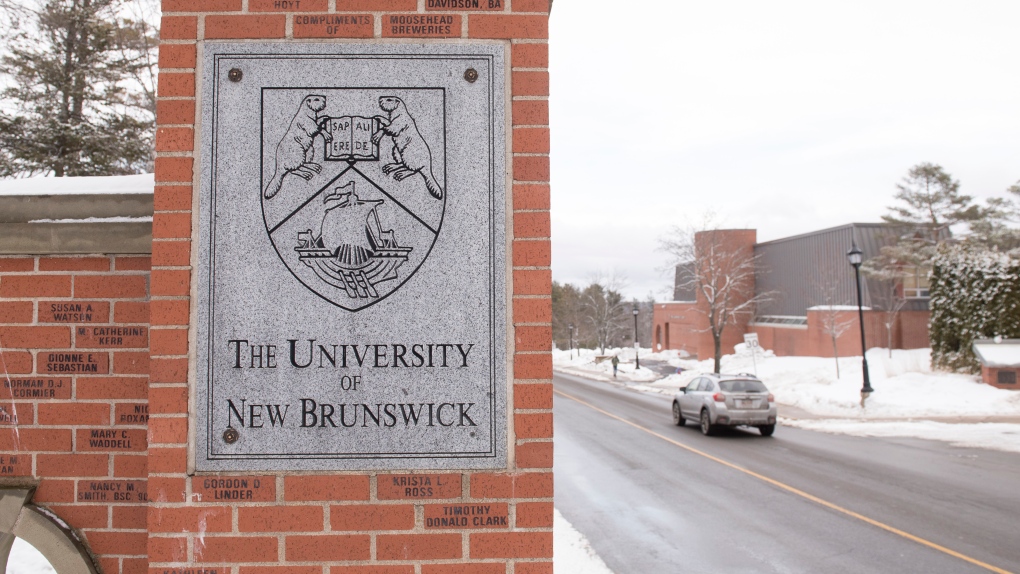 The south gate into University of New Brunswick campus in Fredericton, New Brunswick on Friday February 5, 2021. THE CANADIAN PRESS/Stephen MacGillivray

FREDERICTON -- Lawyers have filed notice seeking a class-action lawsuit against the University of New Brunswick and a physician over alleged sexual assaults committed at the university's student health centre.

The notice filed Monday claims the representative plaintiff -- who is a female student at the university -- was subjected to sexual assault by Dr. Manoj Bhargava during appointments for psychiatric treatment.

"The plaintiff alleges the defendant physician requested she wear loose clothing, or remove articles of clothing and underwear, so that her heart rate and blood pressure could be obtained," according to the statement of claim.

"The plaintiff alleges that the defendant physician obtained her heart rate and blood pressure often times by non-consensual sexual contact."

The statement of claim goes on to say that the incidents were reported to the university at various times "verbally and by other means," but no steps were taken to investigate.

The province's College of Physicians and Surgeons suspended Bhargava's licence in November after receiving complaints about him.

In an email Monday, Dr. Ed Schollenberg, registrar of the College of Physicians and Surgeons, confirmed Bhargava remains under an interim suspension while the college investigates.

"We suspended him when we were aware of a number of allegations suggesting misconduct," Schollenberg said.

The allegations in the notice of action and those in the complaints to the College of College of Physicians and Surgeons have not been proven, and Bhargava declined comment when contacted by phone Monday.

The university issued a one-line response Monday to say that it had not been formally served with any claim.

Lawyer Erika Hachey, whose firm filed the notice of action, says the plaintiff attended the university over the last two years. She asked that her identity not be revealed.

The statement of claim alleges "systemic failures" by the university resulting in "widespread sexual assaults taking place within the university health-care setting" by a university employee "against a particularly vulnerable group of students."

The proposed members of the class are students who sought psychiatric treatment through the student health centre and had appointments with Bharagava and allege they were touched inappropriately or sexually assaulted during their treatments.

The suit seeks damages for a variety of reasons including assault and battery, emotional and psychological harm, impairment of mental and emotional health and well-being, and pain and suffering.

This report by The Canadian Press was first published April 12, 2021.