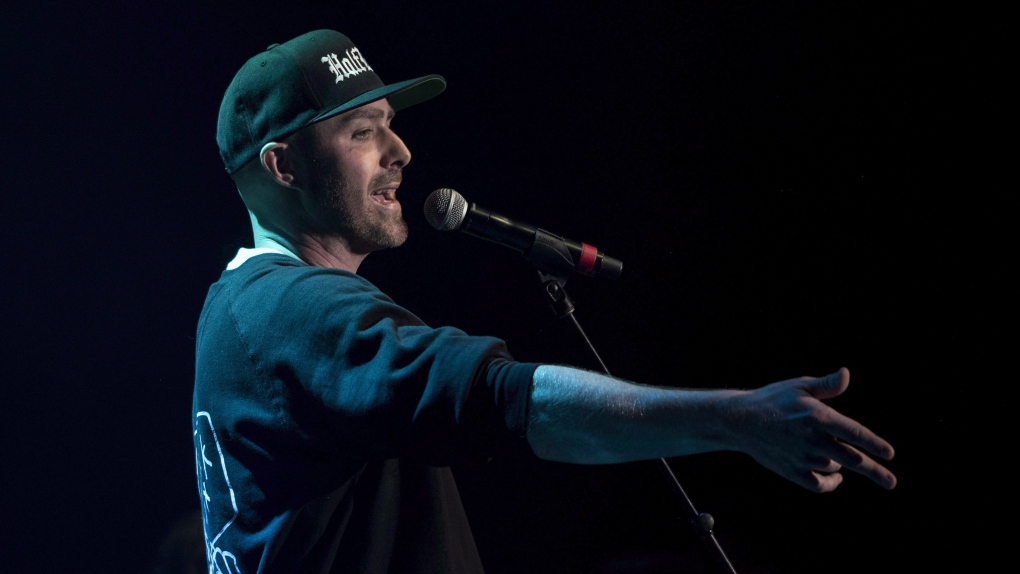 Classified performs at the 2018 East Coast Music Awards gala in Halifax on Thursday, May 3, 2018. (THE CANADIAN PRESS/Darren Calabrese)

Dutcher, who was raised partly on the Tobique First Nation, picked up five nods.

Dutcher won the 2018 Polaris Music Prize last September for his album "Wolastoqiyik Lintuwakonawa," which is performed in the Wolastoq language.

The awards will be handed out in Charlottetown from May 1 to 5.