Two families linked by the Nova Scotia mass shooting are now coming together on a project designed to remember and honour their loved ones, transforming where they died into a place of peace for the families and the community.

Kristen Beaton, a VON health-care worker who was pregnant with her second child, and Heather O’Brien, who was a VON nurse, were both killed on the same road by the shooter on April 19, 2020.

Soon after their deaths, each family erected memorials on Plains Road near Debert, N.S.

The idea behind “Heart's Haven Memorial Park” is to connect the sites as a memorial tribute - a 16 acre park that would include walking trails, gardens, a playground, and a picnic area. The land would be owned by the Municipality of Colchester.

“I think it’s something everybody kind of wanted from the beginning,” says Darcy Dobson, daughter of Heather O’Brien.

“Anybody who’s been victimized by a violent crime, they really want their loved ones to be remembered for how they lived, not how they died,” she says. “The park will really encompass how both these women lived."

Dobson says creating a memorial area has also been a “passion project” for her father, who has spent countless hours clearing the wooded area and doing work refurbishing a gazebo at the site.

“We’ve had a lot of support from Marie Benoit,” says Nick Beaton, husband of Kristen Beaton. “She’s been a big help.”

When asked which feature of the proposed park is most meaningful to each of them, Dobson says the gardens and the gazebo stand out.

“My mother was a meticulous gardener, she loved her gardens. So for me, it’s definitely going to be that ability to walk the walking trails through the gardens,” says Dobson. 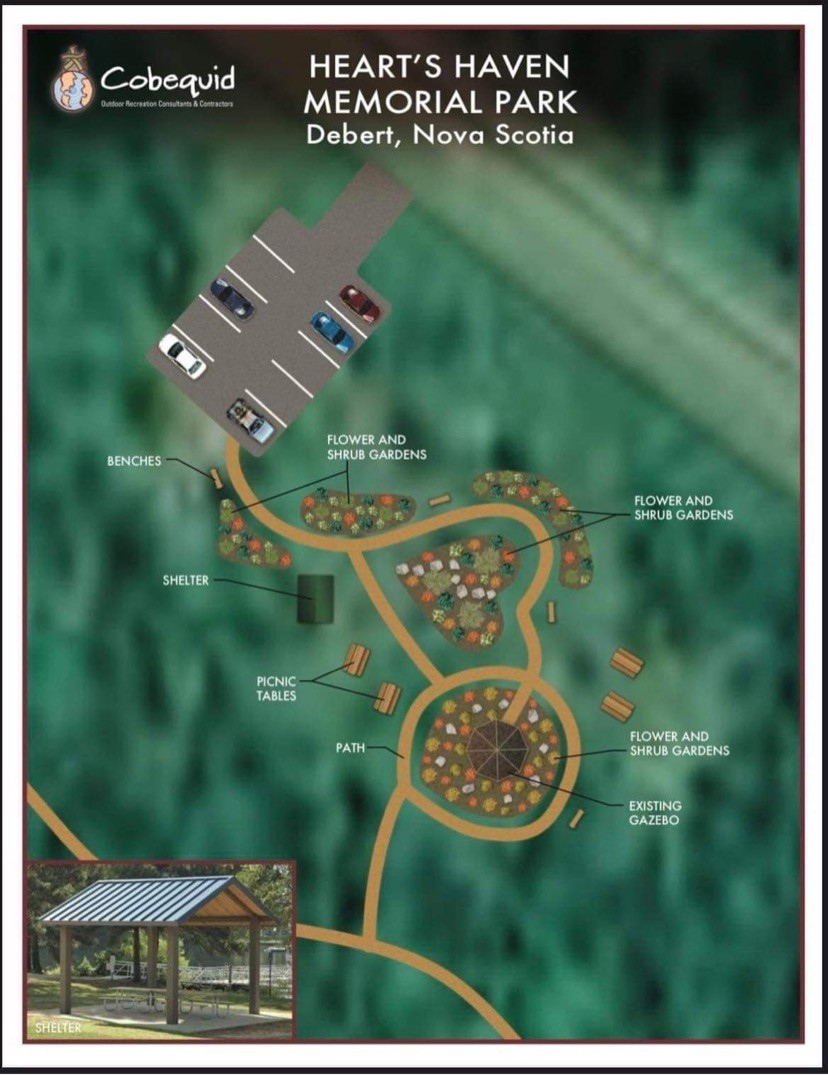 For Beaton, it’s the playground.

“The big thing for me and [my son] Dax, it will be the playground. When I tried to think of what Kristen would want to represent her, basically everything was about Dax to her, so we come up to have a playground for him and others in the community,” says Beaton. 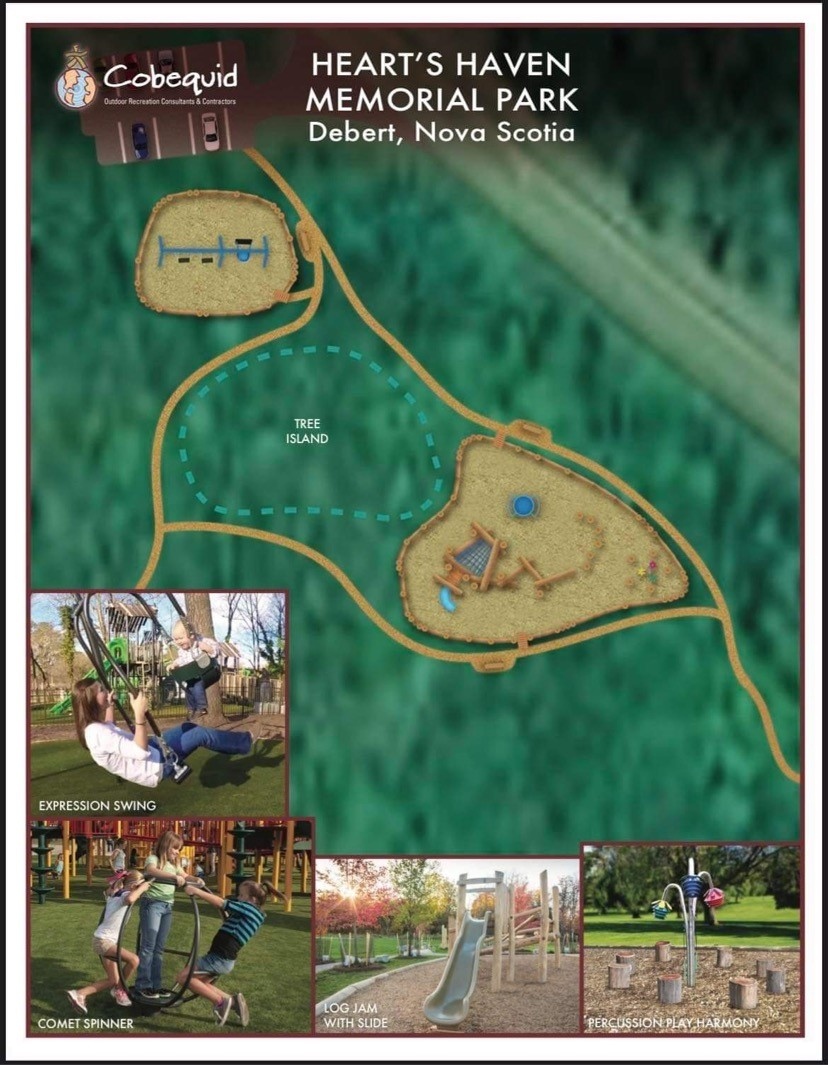 “I think we’re going to call it Dax Man's Playground," adds Beaton, referring to his late wife’s term of affection for their son.

The estimated cost of the project is $250,000, which Beaton and Dobson are hoping to raise through donations.

“The outpouring of people that I know personally that have reached out, from monetary donations, to signs, to people saying, ‘I’m willing to put in the manpower,'” says Beaton. “We need any help we can get.”

“We definitely need some boots on the ground. We need as much help as we can get to get this off the ground and running for our community,” adds Dobson.

The hope is to have Heart’s Haven Memorial Park completed by August.

This April will mark two years since 22 people, and an unborn child, were killed in Canada’s worst mass murder.

Beaton says the park gives them a positive a goal.

“It’s to focus on some good out of such a horrible spot,” he says. “Kristen would smile pretty big at how much everyone is helping and how much is going into this park,” says Beaton. “For me, it’s part of the healing process for sure.”

Anyone who wants to donate or contribute to the creation and completion of Heart’s Haven Memorial Park is asked to email Colchester County District 9 Councillor Marie Irving-Benoit at mbenoit@colchester.ca .

Texas school shooting: What we know so far about the victims

Frustrated onlookers urged police officers to charge into the Texas elementary school where a gunman's rampage killed 19 children and two teachers, witnesses said Wednesday, as investigators worked to track the massacre that lasted upwards of 40 minutes and ended when the 18-year-old shooter was killed by a U.S. Border Patrol team.

Several parts of the country, including British Columbia and Canada's Maritime provinces, are likely to see wetter-than-normal conditions this summer, according to AccuWeather's annual summer forecast.

The Public Health Agency of Canada says it has now confirmed a total of 16 cases of monkeypox in the country, all in Quebec.

Canadian meets her long-lost sister for the first time on U.S. morning show

During an appearance on ABC's Good Morning America on Wednesday, adopted siblings Hannah Raleigh of Chicago and Limia Ravart of Montreal met in person for the first time after an ancestry test confirmed the two are in fact related.

Prime Minister Justin Trudeau cancelled plans to appear in person at a Liberal fundraiser in British Columbia Tuesday after RCMP warned an aggressive protest outside the event could escalate if he arrived, said a source close to the decision. The source spoke to The Canadian Press on condition of anonymity because they were not authorized to discuss the situation publicly.

'How to Murder Your Husband' author found guilty of murder

A jury in Portland has convicted a self-published romance novelist - who once wrote an essay titled 'How to Murder Your Husband' - of fatally shooting her husband four years ago.