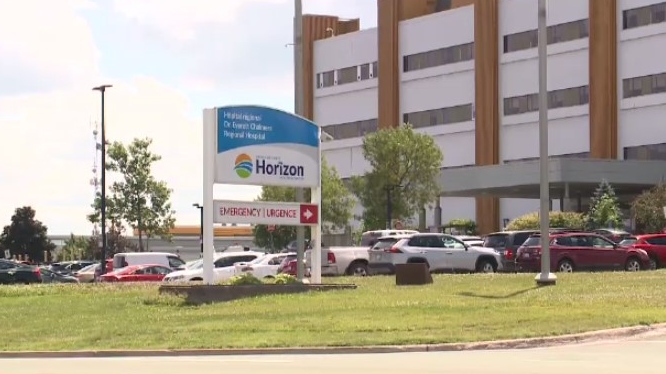 An emergency department physician at the Dr. Everett Chalmers Hospital in Fredericton has spent the last several weeks and months gathering input and ideas from his colleagues, the general public, and his own experiences, on how to help alleviate the stress on New Brunswick’s healthcare system.

Dr. Yogi Sehgal put the proposals to paper, creating a report with about 50 concise ideas, ranging from emergency room changes to how to better utilize staff. He says the work was done “unfunded and independently of any political or health care organization."

It was sparked by criticism and reports of staffing shortages, burnout and a healthcare system many say is in crisis.

“My colleagues are having panic attacks at work, my physician and nursing colleagues. My colleagues are actively looking for other jobs while on their shift. Those types of things are clues that it’s really bad,” he said in an interview with CTV News.

Dr. Sehgal has been working in the province for 12 years, and has also spent time working as a physician in Northern Ontario and British Columbia.

He mostly covers the Fredericton emergency department, but also helps in Oromocto, Campbellton and the Upper River Valley.

He says he wanted to collect ideas that were easy to understand, and doable – many of them in the short-term.

“There are beds available in the province, they’re just not necessarily close to where people want to be,” he said. “So even if it means temporarily move somebody from say Fredericton to Bouctouche, wherever the nursing home is, until there’s a bed available, that’s better than Uncle Bob having a heart attack in the back hallway.”

Some of the ideas include:

2) Hire, train and use Physician Assistants, specifically in emergency departments

4) Pay staff more if working on an understaffed team

“The emergency room is like a toilet. People are putting too much stuff in the toilet and they’re trying to unplug the toilet with a plunger, but the problem is actually downstream--the sewers aren’t working. So you can’t fix the sewer back-up by unplugging the toilet. You have to fix the actual problem,” he said.

Horizon Health’s interim CEO called the ideas “excellent” and says she wants to meet with Dr. Sehgal to go over what’s already being worked on, and how some of these ideas can be added to their list.

“Take that list and look toward implementing that into the action plan we were already creating. We know a number of those initiatives are excellent and, as I say, some of them are already on our list, and others we will add,” she said.

She says Horizon is already working on trying to move patients who are better served in a nursing home, out of hospital – but admit there is some bureaucracy that needs to be fixed.

Nursing homes are managed under the Department of Social Development and each patient has to be assessed by that department before being placed in a nursing home.

Melanson says they’re working with the department to increase the efficiency of those assessments.

“What we can do to try to expedite the availability of patients to be going to nursing homes… We're hoping that we can make some changes within the next very short while,” she said.

She also said the Department is working on improving at-home services so that some patients can return home, even for the short-term.

Dr. Sehgal sent these ideas to Horizon and Vitalite officials, as well as the Department of Health and Premier Blaine Higgs.

“I’m hoping it will actually make it easier for them, that’s honestly what the goal is,” he said. “I’m sure the politicians are all spinning their wheels and thinking, ‘What do I do? Like what do you want me to do? Put millions of dollars into what? A system doesn’t work?’”

He says the problems are fixable, and these ideas could make the system work better, relatively quickly.

“One thing I do find different here is that first answer for a lot of things is always, ‘No, you can’t do that,’ as opposed to ‘How do we make that happen?’ I’d like to see that attitude change in general in the province,” he said.

LIVE | Following live: Quebec Election 2022 coverage and live results as they come in

After 36 days, the Quebec election campaign is now over and voters are heading to the polls Monday to choose the next provincial government. Follow along as CTV Montreal provides coverage of election day and the results when they come in.

Appearing before the House of Commons Finance Committee on Monday, Deputy Prime Minister and Finance Minister Chrystia Freeland defended the government's response to Canadians' affordability concerns as 'focused' and fiscally responsible. With the passage of the GST rebate-boosting bill through the House all but a foregone conclusion, Freeland was peppered with questions from opposition MPs on a range of topics, including inflation.

Sport Minister Pascale St-Onge is once again calling for change in Hockey Canada's leadership in the wake of new allegations against the troubled sporting body.

A new project called '4000 Cover Stories' is re-imagining the stories of missing and murdered Indigenous women and girls in Canada with the front-page prominence their families feel they deserve, with advocates planning to deliver the massive newspaper to the prime minister.