'Come out with your hands up': witness describes Nova Scotia killer's disturbing ruse 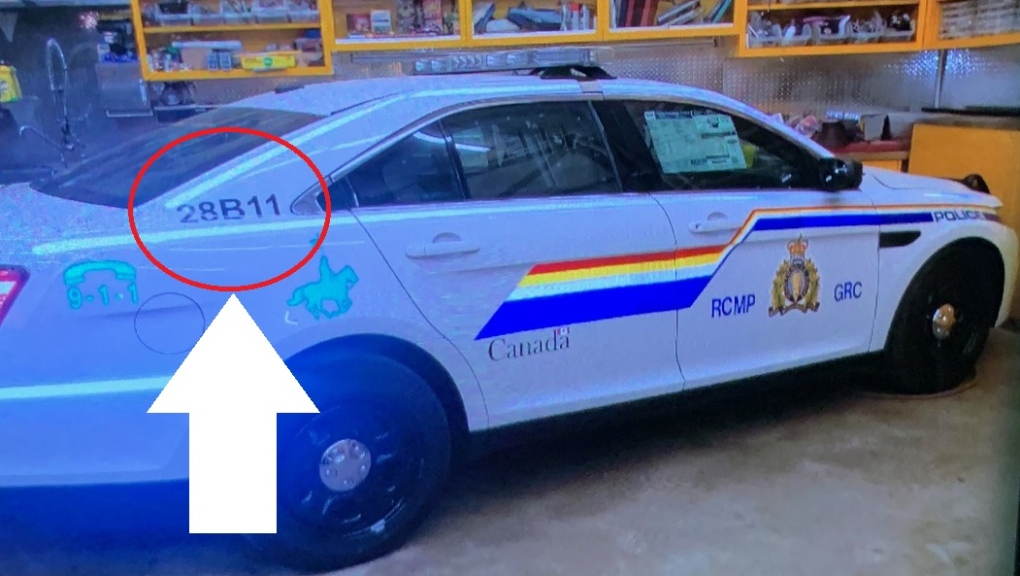 The RCMP said shooting suspect Gabriel Wortman was driving a vehicle that appeared to be an RCMP cruiser with number 28B11 behind the rear passenger window. (Nova Scotia RCMP)

HALIFAX -- Chilling details of a Nova Scotia couple's close encounter with a mass murderer have emerged from RCMP documents released this week, including a bizarre account of how the killer tried to conceal his identity.

A partially redacted statement from a witness describes how the gunman, having already killed more than a dozen people, showed up at the couple's home early on April 19, dressed as a Mountie and driving a car that looked exactly like an RCMP cruiser.

But the couple in Glenholme, N.S., told police they knew enough to keep quiet when Gabriel Wortman came to the door.

The statement says the couple knew the killer from a previous visit to his home in Portapique, N.S., and had received a phone call the night before warning them to keep their doors locked because something terrible had happened in the small community 18 kilometres away.

As well, the couple knew Wortman had a decommissioned police car that he had planned to "decal up."

At one point before the killer arrived, one of the witnesses said: "Jeez, hope it wasn't Gabriel that lost it," according to a police account.

"Both ... commented that it would be a disaster if he was in a police car," says the statement, which is part of an RCMP application for a search warrant.

The statement, which does not identify either witness, says that early on April 19 the couple decided to call 911 to warn police about their concerns. About 15 minutes later, as the couple learned from social media that Wortman was a wanted man, "a marked police car entered the driveway."

One of them recognized Wortman, and they called 911 again.

"(The witness) could hear a helicopter nearby and was texting people ... as the shooter was there," the statement says.

"(The witness) heard the doorbell ring and her dog bark, and then her dog stopped barking. She thought that Gabriel had entered the house because the dog usually does not stop barking ... (The witness) then heard banging on the glass."

Killer tried to dupe people to come out of hiding

The remainder of the statement is difficult to interpret because much of the content is blacked out. There's a brief reference to Wortman carrying what appears to be a rifle, but it's unclear where and when this observation was made.

The fact that the killer had stopped at briefly at an occupied home in Glenholme on April 19 was confirmed by the RCMP early in their investigation. But the details of what happened were not revealed until Wednesday, when a provincial court judge ordered the unsealing of portions of the Mounties' warrant applications.

The contents of this type of document are usually released to the public soon after the search warrant is executed, except under some limited circumstance. Several media outlets have turned to the courts to gain access to these files, which were sealed because the RCMP has claimed their release could hinder ongoing investigations related to the mass killing.

The redacted documents released this week also quote witnesses saying the gunman had smuggled guns and drugs from Maine for years and was severely abused as a boy.

The next morning, he resumed killing people he knew and others at random before he was fatally shot by a Mountie at a gas station in Enfield, N.S., which is just north of Halifax. The killer drove more than 100 kilometres during the 13 hours he was at large.