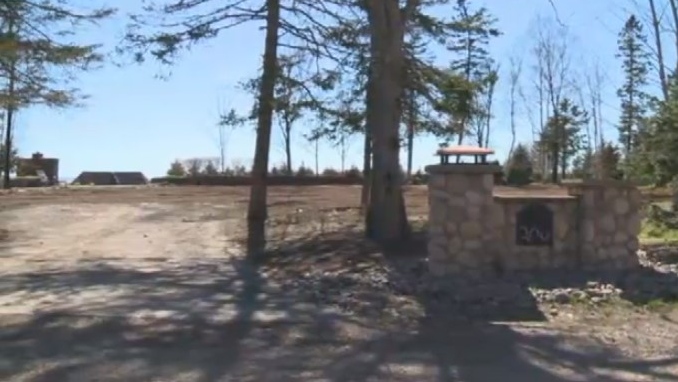 The remains of Gabriel Wortman's bulldozed property are seen in Portapique, N.S., on May 20, 2020. Lisa Banfield told police she felt "guilty" after escaping the gunman after an argument here the night of April 18.

HALIFAX -- There are new details tonight from a statement given to police by the common-law partner of the man who killed 22 people in Nova Scotia last April.

The statement was given 10 days after Gabriel Wortman's shooting rampage began in the small community of Portapique, N.S.

Lisa Banfield told police she felt "guilty" after escaping the gunman the night of April 18, saying she was worried he would try to find her and kill people along the way. She said she questioned whether people would have died if she hadn't run away.

Banfield also told an RCMP officer that Wortman told her how he would transport firearms illegally across the U.S.-Canada border in a covered truck bed.

RCMP have charged Banfield -- along with her brother and brother-in-law -- with unlawfully transferring ammunition to the shooter.

Police say the three had no prior knowledge of Wortman's actions.