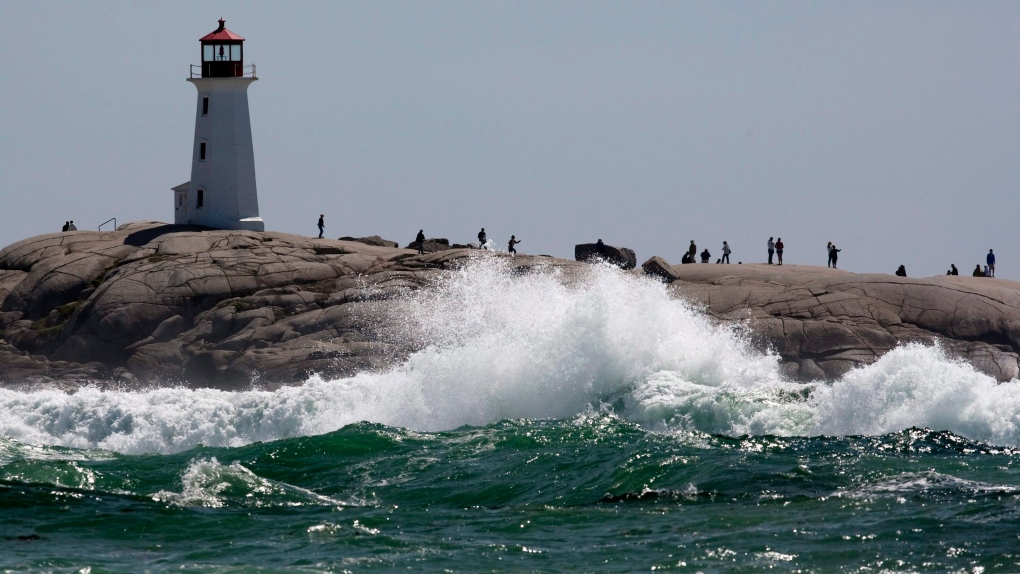 HALIFAX -- After two men slipped into the swirling waters of the Atlantic Ocean off Peggy's Cove in recent months, a debate over safety has hinged on whether common sense should be enough to protect people from the natural dangers at the popular tourist destination in Nova Scotia.

Family and friends of the two men -- one from Smith Falls, Ont., who hasn't been recovered from the ocean -- are pushing for increased safety measures, but their appeals have sometimes been met with skepticism from locals, particularly on social media.

Last week, James Rubec of Toronto wrote to the Halifax Chronicle Herald after his friend was rescued from the water about two weeks ago, asking the province: "When will you mature your tourism product to a level where it is safe for all?"

Rubec has suggested barricades around the parking lot at Peggy's Cove to funnel visitors to a turnstyle where they would be informed of the dangers, along with monitors to let people know when they are putting themselves in peril on the smooth and sometimes slick rocks. He also wants a boat and a trained team available to help anyone who ends up in the water.

"It doesn't necessarily need to be a negative that changes are coming ... it could be extremely beneficial to the (Peggy's Cove) community," he said in an interview.

Those on the other side of the debate think the solution should be based on personal accountability.

Atlantic Tours transports thousands of visitors to the site every year and its guides warn visitors of the danger, said Biddle.

"The unfortunate part is -- and I'm talking about the individual that lost his life -- if he grew up, as an example, in the Toronto area, and the Ontario area, he may not know what it's all about down here," he said.

"And that part of it I can certainly understand. But when you don't know, you shouldn't be taking any chances."

The argument over common sense versus some sort of official intervention has produced heated responses, but Rubec said cooler heads should prevail.

"There's going to be always a vocal element that says that Ontarians are stupid, or something like that," he said.

"(But) I think when you look at the issue in earnest ... most people will remove the emotionality of personal change from it and come to an alignment where, OK, a little bit of personal accommodation makes sense."

Peter Richardson, the owner and operator of Peggy's Cove Boat Tours, pulled Rubec's unnamed friend to safety in his boat and has personal experience as a newcomer to Peggy's Cove who was unaware of the dangers that surround the picturesque lighthouse on the rocks.

"I'm not from around here ... and when I first came down here I was really ignorant to the dangers of the ocean," he admitted.

"But it didn't take long to catch on and just use common sense."

Richardson said he doesn't know if reminders of the dangers are enough to drive the message home.

"You can tell people, but then they just don't get it," he added.

Last Thursday, the Nova Scotia government said it would post more warning signs at Peggy's Cove and consider the installation of a fence around the parking lot to channel visitors towards them. The government said officials would meet in the coming weeks to discuss the changes.