It was a staple in his family to mark the occasion. But now, all he's left with are fond memories of his mother.

"It's special events like these where I miss her the most," says MacDonald. "Having her around, and having her wisdom. She would come and visit me at work and lots of times I’d lean on her for support."

"I just miss her in general," he says.

His mother, Winnie MacDonald passed away after a very short – but brave – battle with cancer just over a year ago.

In honour of Winnie, Jim is giving away 250 take-out dinner for two prizes from a restaurant they were an integral part of in Sydney, N.S. on Mother’s Day.

"We thought it would be good for the community, and good for all the mothers out there," says MacDonald. "We can’t feed everyone, but 250 mothers don’t have to cook Sunday."

For years, the late Winnie and Lloyd MacDonald sponsored Christmas dinner at the Loaves and Fishes restaurant in Sydney. It was a tradition that dates back to 1997. 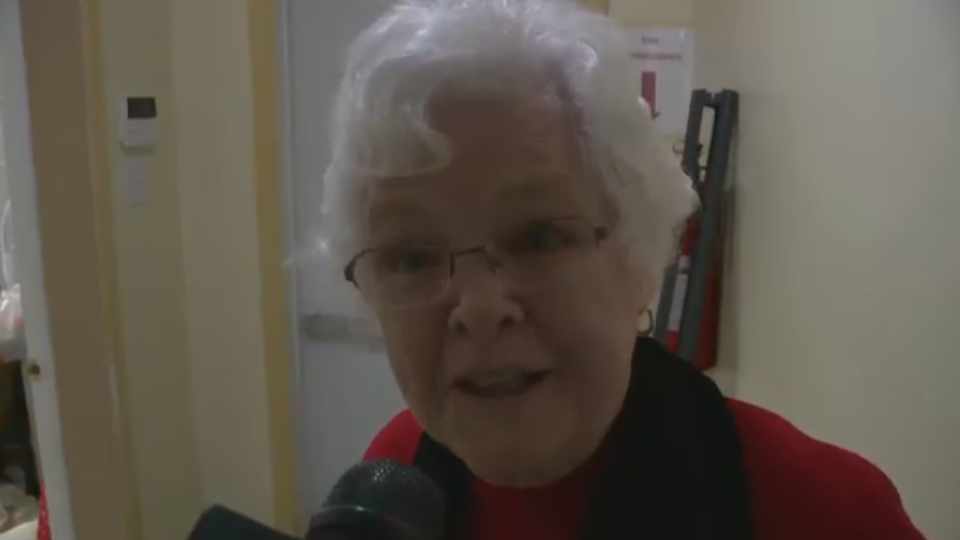 The late Winnie MacDonald, as she spoke with CTV News in 2016. She said she was thrilled to see people enjoying themselves at Loaves and Fishes during a Christmas dinner. (Photo: CTV News)

"It brings people together," Winnie MacDonald said in a CTV News clip from 2016. "I saw many smiling faces down there in the chairs. They look very happy – and happy to see each other. That’s the main thing."

Marco Amati, a manager at Loaves and Fishes says he has fond memories of Winnie.

Since the pandemic began, they’ve been handing out over a hundred meals a day.

He says Winnie’s legacy will always be about helping her community.

"This is a great thing that they’re doing, and over the years Winnie did that out of hear heart," he said. "It made us glad, and happy."

For Jim, he says he knows how hard mothers work, and how hard the pandemic has been on so many people.

Jim MacDonald as he spoke with CTV News. He lost his mother, Winnie, to a brief, but brave, battle with cancer just over a year ago. (Photo: Kyle Moore/CTV News)

He was one of 12 kids his mother and father brought up. Through it all, they proudly supported the community they came from.

"It's a small gesture," he says. "But, if everyone does something little, it will amount to something big. It's something my mother and father always taught me – was to give back to the community."

Winnie MacDonald was the grandmother of Ryan MacDonald, a reporter on the CTV News Atlantic team based in Cape Breton.