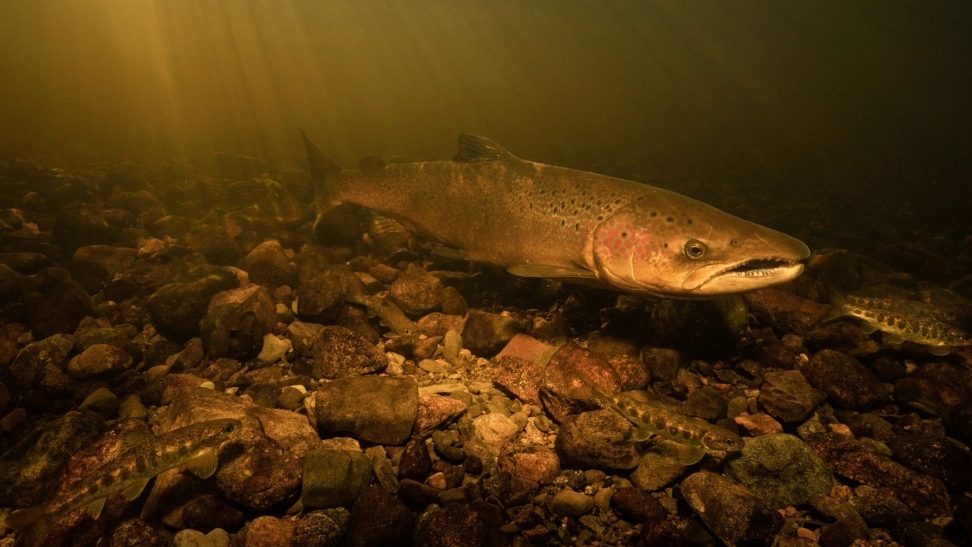 A conservation group is raising alarm bells about the discovery of farmed salmon in East Coast rivers, citing research suggesting the potential interbreeding could damage the wild stocks' long-term health.

The New Brunswick-based conservation group said it was the second year in a row -- and the third time since 2017 -- that escapees were removed from the Gaspereau River. The fish captured in Nova Scotia were being collected for a Fisheries Department hatchery, where populations of endangered Bay of Fundy Atlantic salmon are maintained, the federation said.

The salmon federation cited studies over the past two decades indicating that when domesticated salmon breed with wild fish, their offspring are less fit, contributing to population decline. A 2003 study published in a Royal Society journal found that farmed salmon in Ireland consistently showed lower freshwater and ocean survival compared to wild salmon and that hybrid salmon were weaker than wild salmon.

In addition, the Royal Society article noted that the escapees were larger and tended to consume more resources, "thus the competitive effect on its own serves to reduce the fitness of the wild population irrespective of genetic changes in the population."

"We have worked with industry and government for years to implement ways of tracing escapes back to their owners so we can address the causes of these events," said Kris Hunter, the federation's director of Nova Scotia and Prince Edward Island programs.

Hunter said that overall, "progress has been incredibly slow."

Susan Farquharson, executive director of the Atlantic Canada Fish Farmers Association, said in an email that while her group has discussed the discovery of the two fish collected in the Gaspereau River, it hasn't had the opportunity to review the data on them.

"Escape events are rare and are largely a result of extreme weather events," she said. "Occasionally, a small number of fish escape due to human error when fish are being handled."

Farquharson said farmed salmon are "very poorly suited" to surviving or reproducing in the wild, adding that in the rare event an escape occurs during the breeding season and the fish survives to maturity, "research shows that the natural selection process will continue to play a significant role, so any genetic impact would be very low."

The risks of escapes are being reduced by "robust" efforts to contain farmed salmon by industry, she added. Those measures, Farquharson said, include the use of "predator exclusion" nets, which are composed of high-density polyethylene mesh and stainless steel wire, and the use of frequent net and equipment inspections.

This report by The Canadian Press was first published Dec. 3, 2021.