Connecting digitally through song and dance amid COVID-19 concerns 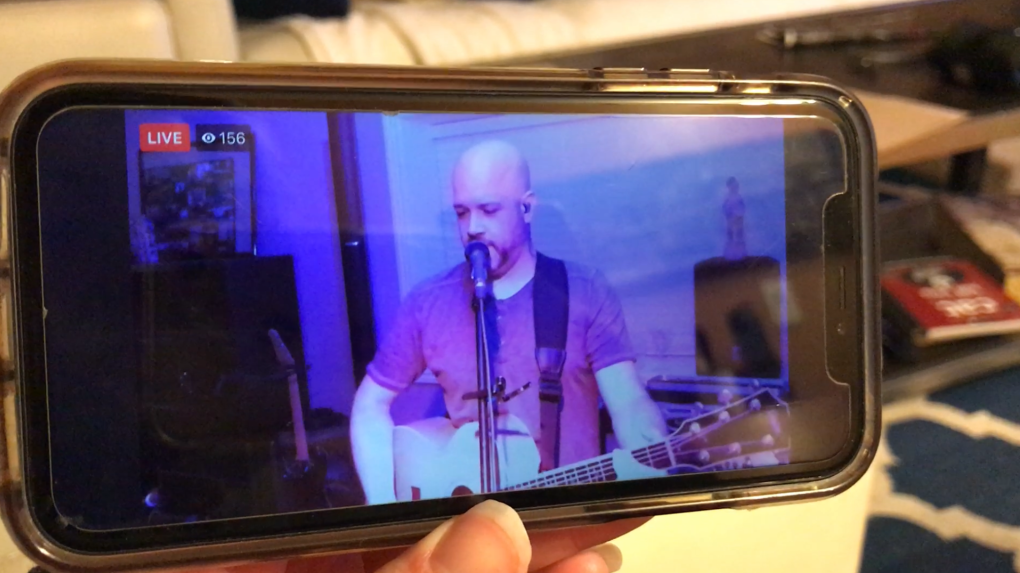 Singer-songwriter Dwight d’Eon was scheduled to play a bar for St. Patrick’s Day, but after the event was cancelled, he performed on Facebook Live for hundreds of listeners instead.

HALIFAX -- Gloria Gaynor’s hit song “I Will Survive” rang out from balconies and patios throughout Halifax Wednesday morning.

Hundreds of people danced to the beat of the music as many practice self-isolation and social distancing amid COVID-19 concerns.

She says it’s a way for strangers to become friends during such a trying time.

“I wanted to start this today as a way to try and connect the community again,” Dimmock explains. “I’ve been in self-isolation for a bit, I had gone to the states. I have to be up here for another week by myself.”

She’s hopeful people share their dancing videos online and that her positive initiative continues to grow.

Digital anthropologist Giles Crouch says this modern method of communication teaches us about new social behaviours and how to navigate the world during this time.

“Can the internet bandwidth keep up with it? Already, I’ve noticed some services are lagging, there are challenges getting on some of these video conferencing apps, for example,” Crouch says. “It’s going to be a real challenge for that technology infrastructure, but it’s also a way that we can comfort one another during a time like this.”

Every morning she sits at her piano in her West Pubnico, N.S. home and offers french stories, songs and activities for children to enjoy while they’re not in class.

Singer-songwriter Dwight d’Eon was scheduled to play a bar for St. Patrick’s Day, but after the event was cancelled and bars were shut down, he performed on Facebook Live for hundreds of listeners instead.

“My kids were asking me where the stage was when I was setting up the gear to do this tonight, and wondering what time the people were going to show up, because they didn’t quite understand the concept of broadcasting through the internet” he explained to viewers via his live feed Tuesday night. “To be honest, neither did I until now.”

D’Eon says the response was overwhelming and he will likely perform online again soon.

As Maritimers continue to practice social distancing through social media, Dimmock encourages everyone to step outside Thursday morning, turn up the volume on their speakers and dance together again – even if it’s only virtually.