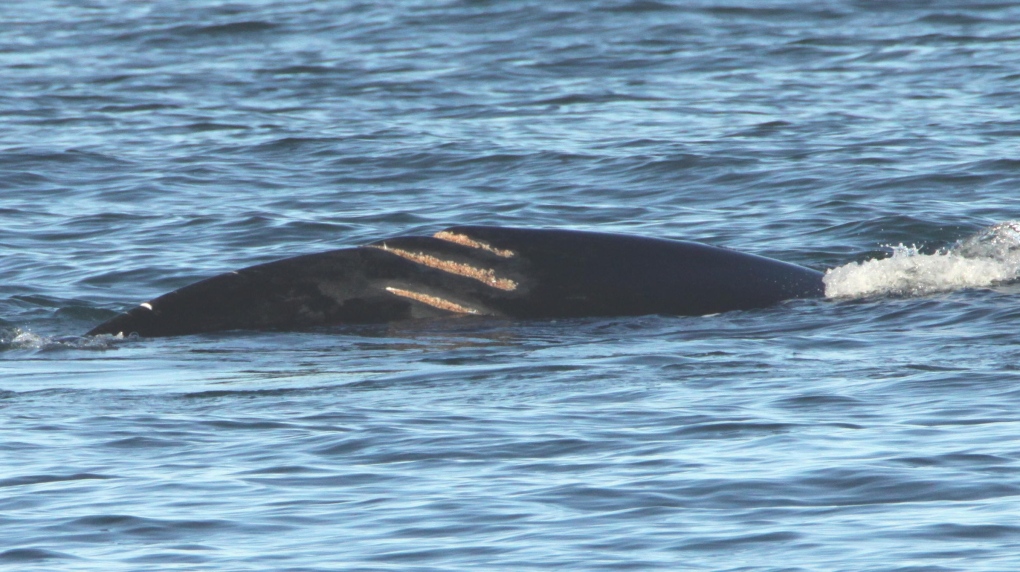 FREDERICTON -- The head of a wildlife protection group is calling news of a dead right whale in the Gulf of St. Lawrence devastating, saying the loss of even one of the whales takes a toll on the endangered population.

Tonya Wimmer of the Marine Animal Response Society commented after news that a surveillance flight spotted a dead right whale in the gulf Tuesday.

"Every animal at this point counts," Wimmer said Wednesday. "It is devastating to hear that a dead right whale has been found, especially when there has been an incredible amount of work to protect them."

Right whales have specific markings, and Wimmer said photos taken from the surveillance plane allowed experts to identify the dead whale as a nine-year-old male known by the name Wolverine.

She said the Department of Fisheries and Oceans is working to get a satellite tag on the whale in an effort to track and recover it. But the whale is quite far out in the Gulf of St. Lawrence, so officials have yet to determine how to retrieve the animal and where to take it, she said.

"All that we know at this point is that the animal was quite fresh, in the sense it had not been dead a very long time, and it's not until the necropsy can be conducted that we'll know anything about why it died," Wimmer said.

"It's always the first thing that everyone thinks about as soon as they hear about these animals," Wimmer said of the human threats to the species. "We hope it isn't (the cause of death), because we'd like to know the things that are being put in place have made a difference, and all that hard work is paying off."

No right whales died in Canadian waters last year, but 12 were found dead in the Gulf of St. Lawrence in 2017. Necropsies on seven of those whales found four died from trauma consistent with vessel collisions, while two deaths were the result of entanglement in fishing gear.

The right whale is one of the largest mammals in the sea. They typically migrate from the North Atlantic to give birth off the coasts of Georgia and Florida from December through March. They then head back north to feed off Canada's East Coast during the summer.