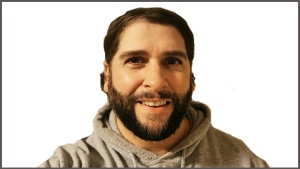 Cory McGraw is a multi-media journalist at CTV Atlantic in Halifax.

Cory was born and raised in Cape Breton, N.S. and graduated from the Atlantic Media Institute in Halifax.

He began his career in broadcasting as a production assistant at Global News. During his time a Global, Cory filled a variety of roles including videographer, writer, and editor. Cory also worked with Eastlink Television as a sports producer.

In 2018, Cory made the move to CTV Atlantic as a videographer and then transitioned into the role of a multi-media journalist.

Throughout his time in journalism, Cory has covered a variety of topics, including breaking news, provincial elections, and weather events. Cory is a generalist, but he especially enjoys feature and sports stories.

Cory has received multiple awards for his work in journalism, including the RTDNA’s Hugh Haugland Award for creative use of video and an Atlantic Journalism award for digital coverage of the Chris Falconer trial.

When he’s not at work, Cory enjoys hiking and photography.