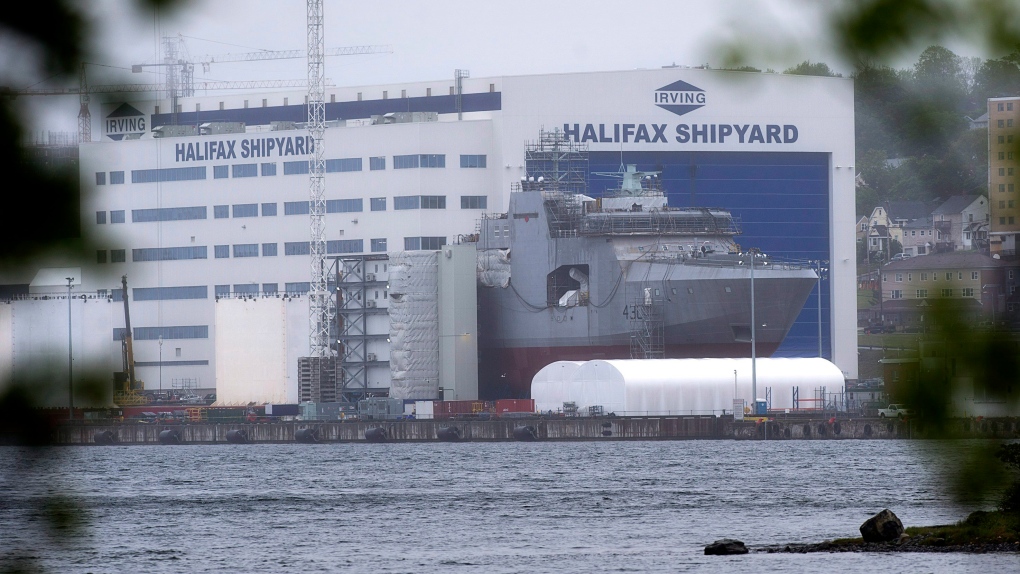 The Irving Shipbuilding facility is seen in Halifax on Thursday, June 14, 2018. (THE CANADIAN PRESS/Andrew Vaughan)

In a report released Wednesday, Yves Giroux indicates the figure marks a $7.5 billion increase from his 2019 estimate.

Halifax’s Irving Shipbuilding Inc. was awarded the contract to build the new ships as part of the federal government’s Canadian Surface Combatant Program.

Irving Shipbuilding is also building eight Arctic and Offshore Patrol ships for the Royal Canadian Navy, one of which is currently undergoing sea trials in Canada’s North.

The federal government originally set the budget for the CSC project at $26.2 billion, but costs have been revisited several times over the development phase. In 2017, the Trudeau government pegged the cost at about $60 billion.

According to the PBO’s report, the spike in cost is due to a number of factors, including a significant increase in the weight of the ships and the shifting date for the start of construction.

The report also did a cost estimate for two alternate ship designs. One of those designs, a class of general-purpose frigates in the works for the Royal Navy in the UK, is estimated to cost less than half of the current BAE Systems design.

Meanwhile, the Conference Board of Canada has released a report on the economic impact of the Halifax Shipyard under the national shipbuilding strategy.

In its report, the Board says activities at the Shipyard add $9.8 billion to Canada’s GDP and an average of 8,200 hundred jobs annually across the country, with 3,500 of those in Nova Scotia.

The board’s report was compiled by The Conference Board of Canada’s Economic Research Division with funding and support from Halifax Shipyard.

The CSC program is the single-largest federal procurement in Canadian history.

Federal auditor general Karen Hogan will present her own assessment of the entire shipbuilding strategy on Thursday, including whether officials have properly managed the plan since it was launched in earnest in 2011.