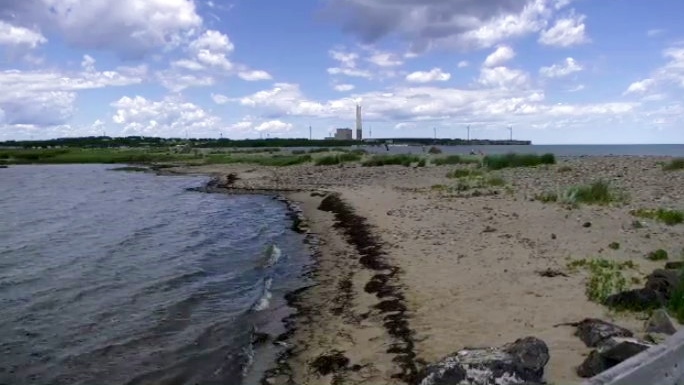 People in Dominion, N.S., are concerned about the state of their provincial beach with summer in full swing.

The boardwalk, that once stretched nearly the length of the beach, is no longer there.

“It was destroyed in a storm and the balance of it is basically covered in sand,” said Cape Breton Regional Municipal Councillor Darren Bruckswaiger. “So it's actually lower now than the sand.”

The province says the boardwalk won't be replaced because repeated damage from mother nature has made rebuilding the once-popular walkway unfeasible.

Some residents feel not enough is being done to protect the local attraction.

“It's been taking a beating for a while back,” said resident Mike MacKeigan. “It's a shame that they just let it go and don't do anything.”

“When I was young, there were 30-foot sand dunes there. They're gone and it's basically flat. In the winter, and when we have storms, it's basically washing over into the creek side,” said Bruckswaiger.

“It keeps on moving back, and eventually if nothing is done, there's going to have to be a charge mounted to save the highway over there.”

At one time, Dominion Beach was the second most popular beach in the province, with tens of thousands of visitors every year.

“I don't feel there's enough money being allotted to provincial parks overall in the province. I was speaking to management and they're running on a shoestring, especially with the campgrounds,” said Bruckswaiger.

“I really think more money should be put into those areas, especially here on the island.”

The Department of Natural Resources and Renewables said in an email to CTV News, they continue to look for a longer-term solution to provide beach access that is less susceptible to the weather.