Court says N.S. woman must pay $74,200 in damages for forcing mother-in-law from home 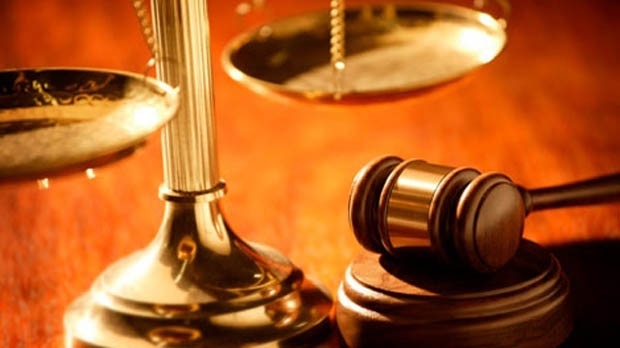 A Nova Scotia woman who was ordered to pay $74,200 for trying to evict her 82-year-old mother-in-law in the middle of winter has lost her appeal before the province's highest court.

HALIFAX -- A Nova Scotia woman who was ordered to pay $74,200 for trying to evict her 82-year-old mother-in-law in the middle of winter has lost her appeal before the province's highest court.

In a ruling today, the Nova Scotia Court of Appeal describes the eviction attempt as "shocking" and upholds the award to Kathleen Reid of $10,000 in punitive damages and $64,200 to cover the cost of her rent after she was forced out.

According to the court decision, in 1999 Reid paid at least $25,000 for materials and family members provided the labour to build a separate apartment in the Ellershouse, N.S., home of her son Michael and his wife Brenda.

Although attached to the home, the addition had a separate entrance and included a kitchen, sitting area, bedroom, baths and closets.

After Reid's son, Michael, died unexpectedly in 2010, the title to the family home passed to his wife, and according to the court decision, everything went well until 2014.

That was when Kathleen Reid allowed her grandson and great-grandson to move into her apartment, which the decision says Brenda Reid resented. She told her mother-in-law that she planned to sell the property and wanted her to move out.

He concludes the "harrowing circumstances" fully justified the $10,000 in punitive damages awarded.

"In order to expel her 82-year-old mother-in-law," the judge writes, Brenda Reid served legal notice in February 2017 prohibiting her from occupying the apartment "and notifying her that she was subject to arrest and detention, and attempted to have the police do so."

Brenda Reid changed the locks, the ruling says, "intending to put her elderly mother-in-law out of her home in the middle of winter." Another family member let in Kathleen Reid and subsequently someone remained in the apartment at all times so others could enter.

In February 2017, Brenda Reid shut off the water to the apartment, "leaving Kathleen Reid to melt snow and buy bottled water for consumption," the decision continues. "She lacked sufficient water for normal household needs."

There was also a threat to shut off the electricity, but that was not acted upon until May, which was when Kathleen Reid, her grandson and great-grandson finally moved out. The judge notes that at the time of the trial in 2019, the house had not been sold.

Bryson writes that although the living arrangement was informal, Kathleen Reid was entitled to live in the addition rent-free until she moved out or died, and she did not need consent to accept visitors or roommates.

The trial judge concluded Brenda Reid had "unjustly enriched" herself by effectively taking possession of her mother-in-law's apartment. He established damages as the equivalent of five years rent for the apartment Kathleen Reid was forced to moved into -- $64,200.

Brenda Reid argued in her appeal that, among other things, the trial judge was wrong to conclude she had enriched herself because no evidence was presented that her property value had increased as a result of the addition of the apartment.

Bryson's ruling dismisses that and other appeal arguments. On the question of punitive damages, he notes that they are reserved for intentional wrongful acts that, in the words of the Supreme Court of Canada, are "so malicious and outrageous that they are deserving of punishment on their own."

He concludes that Brenda Reid's "shocking mid-winter attempts to evict her elderly mother-in-law" meets that standard, and calls the trial judge's award of $10,000 in punitive damages "unimpeachable."

This report by The Canadian Press was first published Mach 24, 2020.