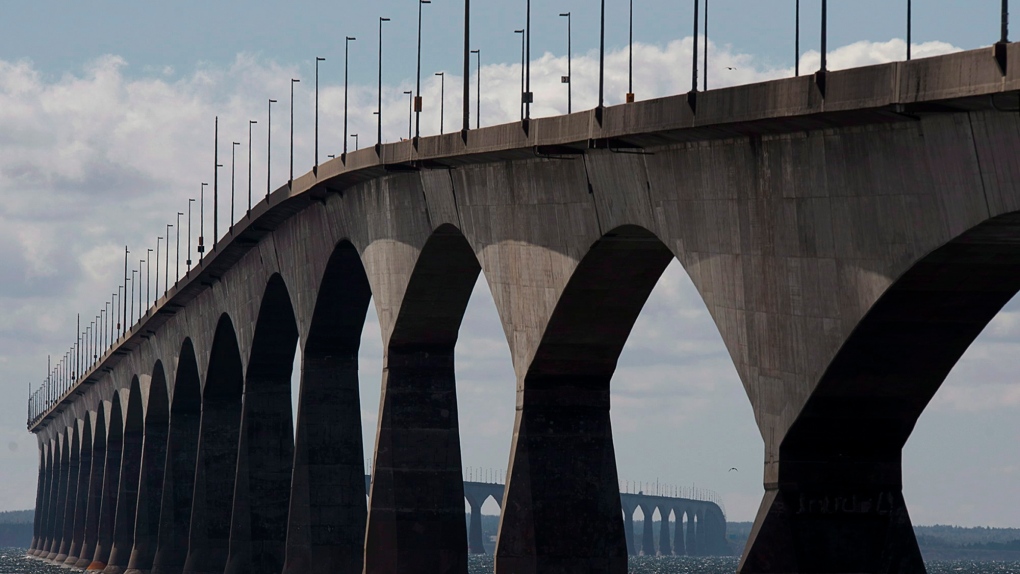 The Confederation Bridge is viewed from Borden-Carleton, P.E.I. on Friday, Sept. 27, 2013. (THE CANADIAN PRESS/Andrew Vaughan)

HALIFAX -- The RCMP say staff at a COVID-19 checkpoint on Prince Edward Island helped them catch a driver suspected of impaired driving and another who was driving while suspended.

Police say a 35-year-old Charlottetown man was stopped at the COVID-19 checkpoint at the Confederation Bridge in Borden-Carleton, P.E.I., around 1 a.m. Saturday.

Police say the man didn’t have a valid driver’s licence and checkpoint staff suspected that he was impaired so they called the RCMP.

The RCMP responded to the scene and arrested the man. He was taken to the East Prince detachment, where he provided breath samples police say were more than 2.5 times the legal limit.

The man’s vehicle was towed and impounded and he was later released from custody. He is due to appear in court next month.

Later that night, around 10:30 p.m., checkpoint staff called the RCMP again to report a suspended driver.

Police responded and ticketed the driver for driving while suspended.

“RCMP are grateful for the staff at the COVID checkpoint, assisting to make the roads in PEI safe and thank them for their help,” said Prince District RCMP Cpl. Lisa Jones.