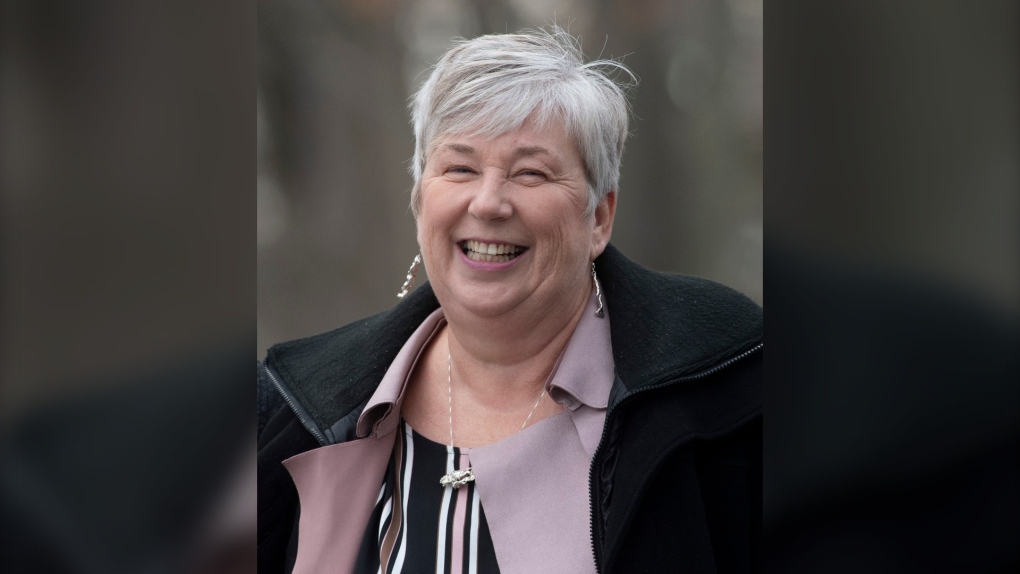 Bernadette Jordan smiles as he makes her way to Rideau Hall to be sworn in as the Fisheries, Oceans and the Canadian Coast Guard Minister during a ceremony in Ottawa, Wednesday November 20, 2019. The federal government has announced details of a $469-million program aimed at helping Canada's fish harvesters deal with the economic fallout from the COVID-19 pandemic. THE CANADIAN PRESS/Adrian Wyld

HALIFAX -- Ottawa has unveiled details of a $469-million program aimed at helping Canada's fish harvesters deal with the economic fallout from the COVID-19 pandemic.

Fisheries Minister Bernadette Jordan said Wednesday the Fish Harvester Benefit and Grant Program, which was first announced in May, will be open for applications from Aug. 24 to Sept. 21.

"This is something we had to build from the ground up," Jordan said in an interview from her home near Bridgewater, N.S., adding that the way fishermen get paid can be more complicated than in other businesses.

"When you think of a brand new government program delivering almost a half-billion dollars in funding, being up and running in three months is quite significant. We had to work around the clock to make sure we did it right."

In all, more than 28,000 workers across the country are expected to be eligible for the program, which also covers inland fishing enterprises licensed by provincial governments.

Jordan said the programs represent the single largest investment in Canada's fisheries in nearly two decades, and she stressed that successful applicants can expect to receive benefits within five days of their approval.

Canada's fishing industry has been dealt a serious blow by the pandemic, the minister said, noting that the export market for fresh lobster started drying up in January and February when the spread of COVID-19 led to the cancellation of Chinese New Year celebrations.

"We knew that the fishery was going to be hard hit in terms of exports," Jordan said. "And when restaurants shut down as well, these products were not able to get out, even domestically .... We're starting to see some movement, but it has been a challenging year -- and that's right across the country."

The minister said fish harvesters required their own financial assistance programs because most family-run enterprises and sharepersons -- those who get paid by sharing in the catch -- did not qualify for other federal subsidies.

Ian MacPherson, president of Prince Edward Island Fishermen's Association, said members of the organization will be pleased with the programs.

"I think there will be a lot of interest in both programs," he said in an interview. "It's coming at a time when people have concluded their fishing and these supports will be welcome .... A number of members I've spoken to feel this will be a significant help."

MacPherson said some harvesters will need the money more than others, mainly because some fishing seasons were only getting started when the pandemic hit.

"This program was necessary because ... there are things that are different from a typical small businesses in terms of how people are paid. We just didn't fit into the existing parameters for the wage subsidy programs."

The benefit is not available to: wage-earning crew members; commercial harvesters in the offshore sector; recreational harvesters, including sport fishing enterprises; individuals and companies within the aquaculture and seafood processing sector; and anyone who received the Canadian Emergency Wage Subsidy.

The Fish Harvester Grant is a non-repayable grant to cover business costs of up to $40,000 for self-employed fish harvesters with a valid commercial fishing licence.

The grant program also provides non-repayable support of up to $10,000, dependent on the level of the fish harvesters' historic fishing revenue in 2018 or 2019. A lesser grant amount may be provided on a sliding scale relative to revenue or actual expenses.

Those ineligible for the grant include: wage-earning crew and sharepersons; commercial fish harvesters in the offshore sector; recreational fish harvesters, including sport fishing enterprises; individuals and companies within the aquaculture and processing sector; and anyone who has received the Canadian Emergency Business Account or equivalent measures.

Meanwhile, the federal government says it is still working on a program -- also announced in May -- that will allow self-employed fishermen to access employment insurance benefits on the basis of insurable earnings from previous seasons.

COVID-19 in the U.S.: How do Canada's provinces rank against American states?

Women hit hardest by mental health effects of pandemic, and there may be more trouble ahead

Virus testing in the U.S. is dropping, even as deaths mount